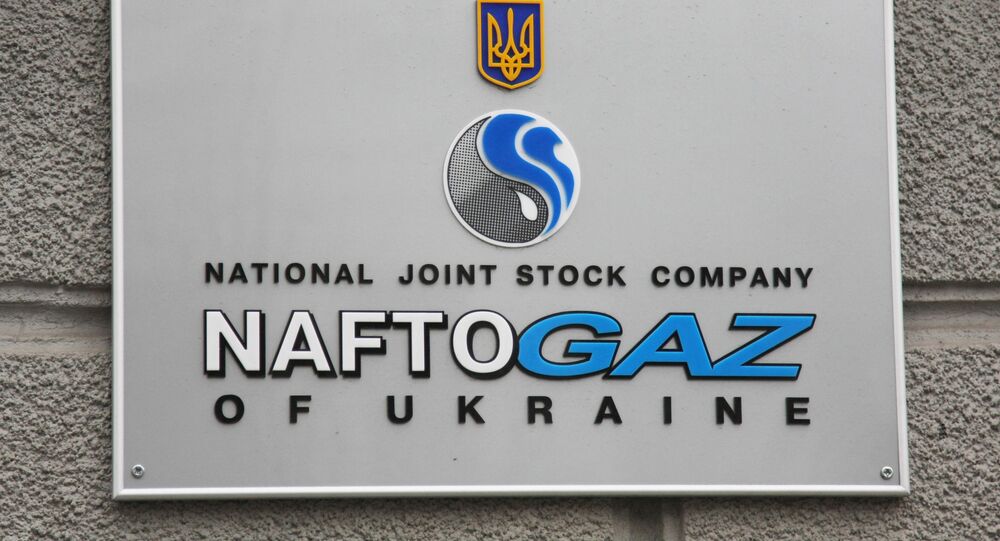 Ukraine's Naftogaz filed a lawsuit against Russia's Gazprom over a deal on gas transit between 2009 and 2019. Naftogaz is seeking $3.2 billion in damages for the gas it allegedly has not received for transit from Gazprom, and another $3 billion in interests.

© Sputnik / Ilya Pitaliov
Gazprom Receives $70Mln from Ukraine's Naftogaz for January Gas Deliveries
MOSCOW, January 29 (Sputnik) – Ukraine’s Naftogaz has turned to an arbitration court in Stockholm to demand $6.2 billion from Russia’s gas giant Gazprom over a contract for transit gas between 2009 and 2019, Gazprom said in a report Thursday.

“The preliminary amount of their demands is $6.2 billion. Gazprom gave the arbitration court a response to its request on November 28, 2014. Arbitrators were appointed on December 11, 2014,” the report reads.

Naftogaz is seeking $3.2 billion in damages for the gas it allegedly has not received for transit from Gazprom, and another $3 billion in interests. Kiev is also demanding the transit tariffs on gas be changed in the contract that was signed in 2009.

Gazprom is supplying Ukraine with gas under the so-called winter package agreement, which stipulates that Ukraine has to pay for supplies in advance. The deal, mediated by the European Union, was agreed in October.