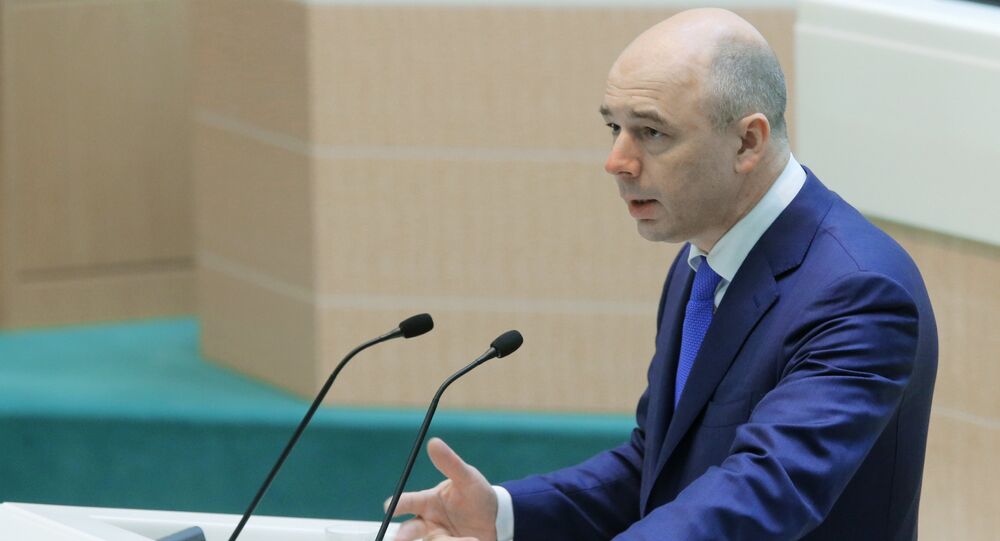 Russian Finance Minister Anton Siluanov said that Russia could lose around 3 trillion rubles ($46 billion) in revenue, if $50 per barrel stays average price for 2015.

"We believe that the price of oil at $50 per barrel, which already isn't the current price, but if we take this ($50) as the average for the current year, then we will lose around 3 trillion rubles in revenue," Siluanov said during the Gaidar Economic Forum in Moscow.

During the same forum, the head of Sberbank German Gref stated that he did not believe that oil prices will see $40 per barrel or lower this year. According to Gref, oil prices will stabilize at around $60-$70 in the next few years.

On Tuesday, the prices of West Texas Intermediate (WTI), the US oil benchmark, and Brent crude, the global oil benchmark, hit record lows not seen since April 2009 trading at $44.87 and $45.94 a barrel respectively, in the morning session.

© AP Photo / Hasan Jamali
Russia, Venezuela, Iran Most Hit by Declining Oil Prices: Analyst
On Wednesday, the prices continued their slump with WTI crude oil currently standing at $45.38 per barrel and Brent costing $45.84 per barrel, according to Bloomberg.

Oil prices have fallen by more than 40 percent since June 2014 amid global oversupply. During a November meeting, the Organization of Petroleum Exporting Countries decided to keep the same levels of oil output, causing a further drop in prices.

On Monday, US investment bank Goldman Sachs published its oil forecast for 2015, predicting that over the next six months the price of WTI could slide to $39 per barrel and the price of Brent down to $43 over the same period of time.