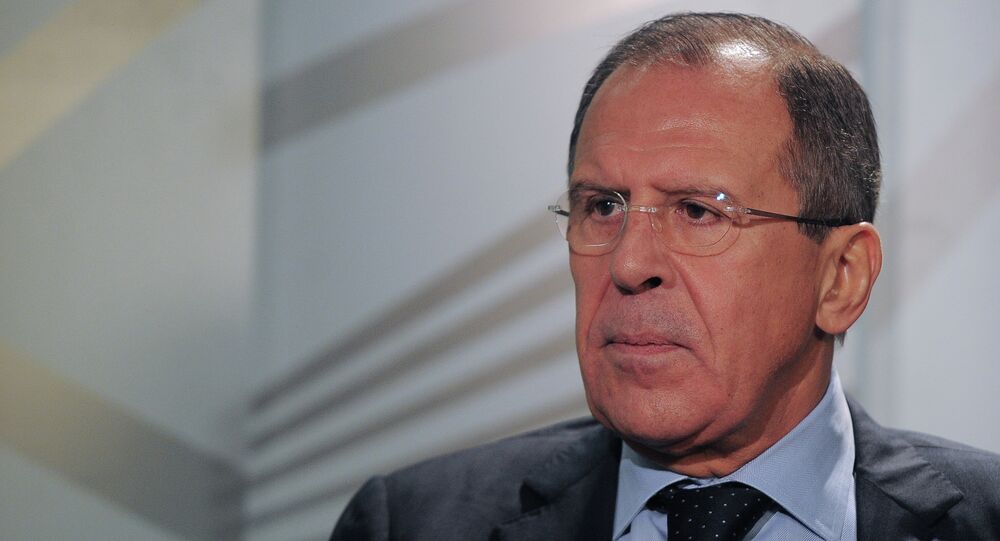 According to Russian Foreign Minister Lavrov, Customs Union rules and regulations allow its members to make a coordinated trade-related response against third countries attempting to put pressure on one of its members.

In an interview with RIA Novosti, Lavrov said that Customs Union rules and regulations allow its members to make a coordinated trade-related response against third countries attempting to put pressure on one of its members.

“At present, there are no such actions on the Customs Union agenda in response to Western restrictive measures against Russia. However, we do not rule out that such need may arise in future,” he said.

The Customs Union between Russia, Kazakhstan and Belarus formally came into existence in 2010. Its ultimate objective is to create a vast Eurasian Economic Union (EEU) stretching from the edge of the European Union to China with a single economic market for over 170 million people.

Since March, the United States and a number of its Western allies have imposed tough sanctions against Russia in a bid to curtail its trade flows and prevent Russian banks from raising capital in foreign markets. Russia responded by imposing a ban on the import of food products from the United States, the European Union and a number of other countries.

No Plans to Lift Restrictions on EU Imports as Goodwill Gesture

Moscow has no plans to lift its restrictions on food imports from the European Union as a goodwill gesture, Russian Foreign Minister Sergei Lavrov said Tuesday.

Aleksandar Mijatovic
Russia to Ban Albanian Fruits, Vegetables Import Over Re-Export From EU
“Unfortunately, in our relations with the European Union we have approached the line when goodwill gestures are unable to produce the required result,” Russia’s top diplomat said in an interview with RIA Novosti.

“We have said on many occasions that attempts to talk to Russia in the language of ultimatums are absolutely inadmissible and useless. Our response to these measures was balanced and took into account Russia’s rights and responsibilities under international treaties, including as a member of the WTO,” Lavrov said.

The United States, the EU nations, Canada, Japan and several other countries have imposed several rounds of sanctions on Russia over its alleged role in the Ukrainian crisis. The restrictions targeted banking, energy and defense sectors in a bid to limit Russia’s commerce and financial capabilities.

In August, Moscow introduced a ban on food imports from countries that participated and endorsed EU, US sanctions. Russia banned for one year a variety of foods – including meat, poultry, dairy, fruits and vegetables – from the European Union, the United States, Canada, Australia and Norway, among others.

Lavrov emphasized that by restricting food imports from European Union countries, Russia made a “justified and legal” decision to defend its national interests.

“Measures to limit food imports from European Union countries are not sanctions. It is our right to defend national economic interests and fight unfair competition. Russia’s actions are justified and legal,” he said.

To prevent the illegal re-export of foods from the countries targeted by the Russian restrictions, a similar ban was imposed in October on Ukraine and Moldova, with Montenegro added to the list a month later.

© Sputnik / Egor Eryomov
Belarus Companies to Lose $100Mln Due to Russia Food Ban: Ministry
Moscow has no doubts that the leadership of Belarus and Kazakhstan will prevent the delivery of embargoed European goods to Russia via their territories, Russian Foreign Minister Sergei Lavrov said Tuesday.

“Leaders of Belarus and Kazakhstan assure us that they will prevent such actions. We have no reasons to doubt this,” the minister said in an interview with RIA Novosti.

He added that Moscow is “satisfied with cooperation with our partners and thanks them for their assistance.”

In the past two months, Russia has suspected Ukraine, Moldova and Montenegro of re-exporting banned EU foods and added them to a blacklist after the nations failed to provide guarantees of their compliance with the import regime. Last week, Moscow warned Albania and Macedonia their fruit and vegetable exports could be next.

At one point, Belarus and Kazakhstan were also suspected of smuggling EU foods into Russia amid reports that Belarusian companies had troubles delivering European products to Kazakhstan and Mongolia through Russia.

Both countries are members of the Russia-led Customs Union, a common economic space, and enjoy tariff-free trade with Russia, meaning the unchecked export of EU products to Russia could potentially flood the country with tax-free goods. Minsk and Astana pledged earlier they would not allow companies trading with Russia bypass Moscow’s restrictions on EU-made food products.

Moscow Ready to Promote Belarus and Kazakhstan on Russian Market

“We are ready to help Kazakhstan and Belarus to occupy the niches on the Russian market that had become vacant as a result of the short-sighted Western policy. It’s evident that Minsk and Astana will take the advantage of the emerging possibilities,” the minister said in an interview with RIA Novosti.

Belarus and Kazakhstan are members of the Russia-led Customs Union, an alliance forming a single economic space and aiming at enhancing economic cooperation and integration. In May, the three countries signed a treaty on creating the Eurasian Economic Union to enhance integration and competitive strength among them.