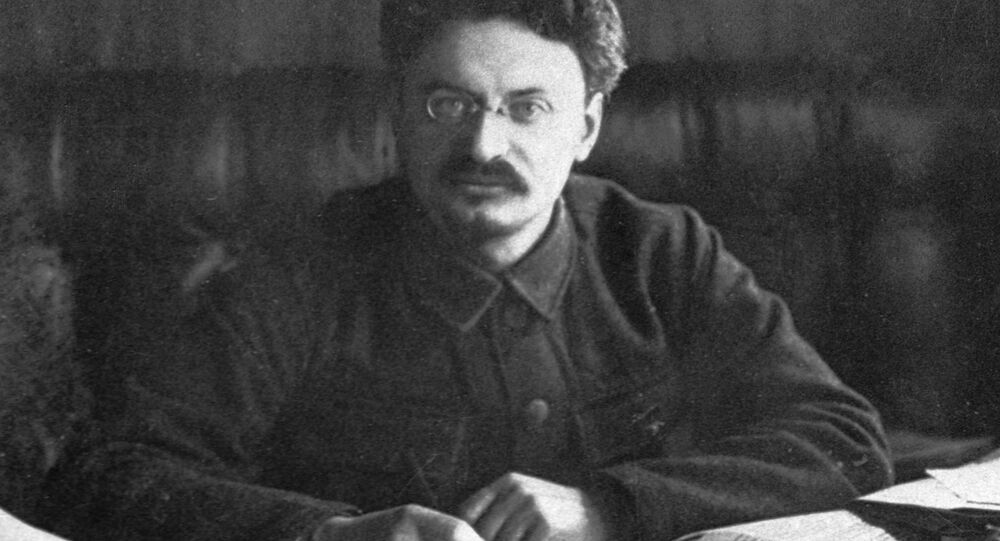 From America’s Alt-Right to UKIP, what’s really behind the Neo McCarthyite inquisition?

In recent days the British media has been full of nervy stories about how Russia has the military might to crush Britain at short notice. Yet this has been true since 1949 and Project First Lightning, the detonation of the first Soviet nuclear weapon, and, if truth be told, arguably back to 1945.

© REUTERS / Ints Kalnins
'Int'l Terrorism, Not Russia, is the Biggest Threat to NATO and the EU'
The media barrage concerning the mythical "Russian threat" to British security is then entirely political, rather than strategic: Is it a coincidence that both Donald Trump and UKIP are routinely tarred with accusations that they are pro-Putin?

Moreover, the now hysterical calls to arm against Russia, which ubiquitously place Britain as Russia’s inevitable victim, invariably merge with a deepening suspicion that those who complain against mass migration and LGBT propaganda are somehow betraying ‘European values.’

Such voices are not merely to be derided as ‘racist’ and ‘bigoted’- their essentially anti-globalist stance must be slandered as the work of a pack of ‘useful idiots’ loyal only to an outdated version of their own societies that they see nostalgically reflected in the ruby-red glare of the Kremlin star.

But this perception of Russia, that it is reactionary, bureaucratic, and intent on flirting with reaction against the progressive forces of the Internationale dates back to at least the Spanish Civil War. It is an insidious view which, while originally conjured up by Trotsky in exile, still inspires players as diverse as Guardian journalists, Corbynistas, the Socialist Workers Party, and neocon adventurers like Robert Kagan and his dearly beloved Vika.

© REUTERS / Luke MacGregor
UK Government Espouses 'Dangerous Russophobic' Ideology
The implication is that this Russophobic project stokes passion on both the right and the left. And that’s important because it’s indicative of how globalism appeals to the full spectrum. So let’s state it plainly without further ideological baggage: From neo-Marxist agitators to the expansionist eurosocialism of the European Commission hiding behind their American missiles and transgendered armies- opposition to Russian sovereignty is the very definition of globalist supremacism. The left-right divide is itself a mirage- for there are now only globalists and anti-globalists.

© Sputnik / Vladimir Sergeev
Brussels Should Abandon 'Absurd Anti-Russian Sanctions', Re-Connect With Moscow
UKIP have condemned anti-Russian sanctions from the start and make no apologies for doing so. Like Trump, Le Pen, and Orban, both Nigel Farage and Diane James have made it crystal clear that the neocon-liberal interventionist project of isolating Russia is a threat to the survival of western civilization.

Does NATO promote stability with its forward posturing and first strike missile systems, or profoundly endanger security? Is Europe overrun by Russian Armata tanks after being opiated on disinformation from a bottle marked hybrid warfare- or are the EU’s citizens reeling in revulsion as sex gangs prowl the streets in search of victims and NATO keeps predominantly young men of fighting age siphoned into Europe on a well greased path north?

The only thing UKIP ever did was ask questions that needed to be asked. The gaping hole in liberal left arguments cannot be plugged because the bogus strategy of replacing indigenous workers who have long outgrown Marxist theory with an artificially created underclass of radicalized migrants and angry gays polarizes society to the extent that democracy itself is threatened as the middle ground erodes and core civilizational values shatter. It is a state that justifies Trotsky’s thesis of permanent revolution.

Accordingly, the response from the transatlantic political elites is to crank up the viciousness of their arguments- to incorporate rank treachery into the corpus of their indignation. Liberals and their newly minted neocon allies have found common cause in hunting down alleged ‘Putinists.’

© REUTERS / Carlos Barria
Obama Lambasting Trump for Praising Putin Won't Help Hillary
Again, is it any coincidence that US progressives, eurosocialists, and neocons all share a common genesis in the Trotskyite deviation? Clinton has slammed Farage for appearing on so called ‘Russian propaganda’ programs while claiming he is inspired by ‘the godfather of extreme nationalism- Vladimir Putin.’ One way or the other, the Trotskyite frame of reference will always trace a path back to its lost capital- Moscow.

Neera Tanden, a former senior aide to Clinton stated in August 2016: “If you’re in Europe, the Russians are openly funding far-right groups from Britain’s UKIP to Marine Le Pen. There is widespread knowledge among the centre-left parties that this is a rising development.”

Really? None of these claims have ever carried a shred of evidence. But then the truth is never quite enough for the fanatic.

One might be forgiven for saying that these insane accusations ought to be ignored. But complacency is no option and the ideological imperative of globalists everywhere is to break national cohesion by any means necessary.

In short, they need enemies, and they need their enemies to be not just traitors- but true heretics against all that is good in humanity. That is in fact the very foundation of their entire ideology, a fraudulent rehash of enlightenment idealism for the singular purpose of exercising unfettered global dominance abroad and cultural Marxist soft tyranny at home.

© Sputnik / Sergey Stepanov
This is Who NATO's Real Enemy is and It's Not Russia
At times, this unholy crusade may appear utterly banal: UKIP are xenophobes who conspire with Russia. UKIP are racist- who dislike the thoroughly white Poles. UKIP hate Europe- while allying with parties that celebrate European identity from the Afd to the FN. And so it goes on, played out relentlessly across the western world in a milliard situations, shattering lives on the one hand- imparting the seeds of radical progressivism in the hearts of others. It can thrive only on division. The chosen who battle for humanity must confirm their own salvation by identifying the damned. It’s a twilight world where a migrant can only ever be a victim. A gay can only ever be oppressed. A woman can only ever be a slave.

Trapped by ideas that originated in the 19th century and matured only to a miserable combination of bloodshed and miring millions in systemic welfare poverty, the desperate rehash to synthesize new ‘victims’ now threatens to rock western civilization to its very foundations, and, perhaps, surrender whatever’s left to globalist management.

And yet while this level of contradiction is indicative is cheap disinformation, it also demonstrates an ideological drumbeat that is as twisted as it is relentless. The elites’ narrative is not one of merely moral outrage, it mirrors Trotsky’s own view when he said: “Ideas that enter the mind under fire, remain there securely and forever.”

When tens of thousands march in London demanding open borders at any price, they have abandoned, in chorus with the liberal cartels, the NGOs, the leftist media, and indeed the entire globalist infrastructure from the UN and Goldman Sachs to sniveling aid workers in the Calais Jungle- any pretence at democracy. For them, standing in the best Trotskyite tradition as they do, democracy itself is a mere stepping stone, a Trojan horse to obtaining their extremist goals.

Brexit, Trump, the rise of euroskeptism, opposition to mass migration, and family values- all are being diligently welded to Russia’s continuing resistance via Trotskyite paranoia distilled in various think tanks for packaging to their various markets.

It’s a mistake professional Russophobes might one day live to regret: their bigotry may yet serve as a marriage broker for various interests to unify against the globalist offensive rather than cower in shame waiting for their turn to be picked off one by one.