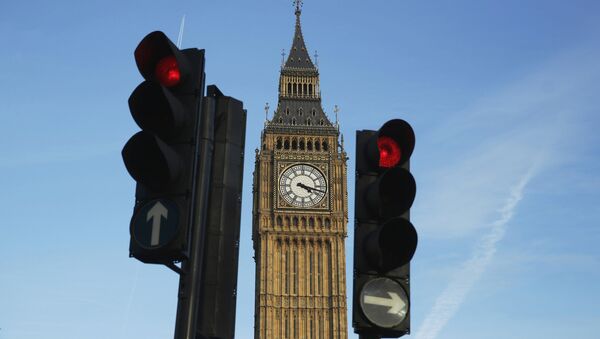 The lawmaker warned that London appeared to be willing to "deform" reality in order to portray Russia as a danger in itself to the rest of the world.

UK Ambassador to France, Sir Julian King said at a meeting of the National Assembly’s Defense Committee last week, where Dhuicq was present, that London regarded Moscow as increasingly aggressive and opposed to the West. Russia's support of militias in east Ukraine, he claimed, showed it was growing unpredictable and ready to violate international laws.

"The response is a disquieting one, describing Russia as an unpredictable country and a dangerous one. A country not respecting international law, and a danger in itself to the rest of the world," Dhuicq told Sputnik.

He said that UK's Russophobic ideology was "dangerous" as London appeared to be willing to "deform" reality and, if needed, to "construct a foe or an unknowable and dangerous external object concentrating all evils."

Relations between Russia and the United Kingdom deteriorated after the start of the Ukrainian crisis and a referendum in Crimea to rejoin Russia in 2014, which prompted the European Union to impose sanctions on Moscow. Russia has repeatedly denied involvement in the Ukrainian conflict.