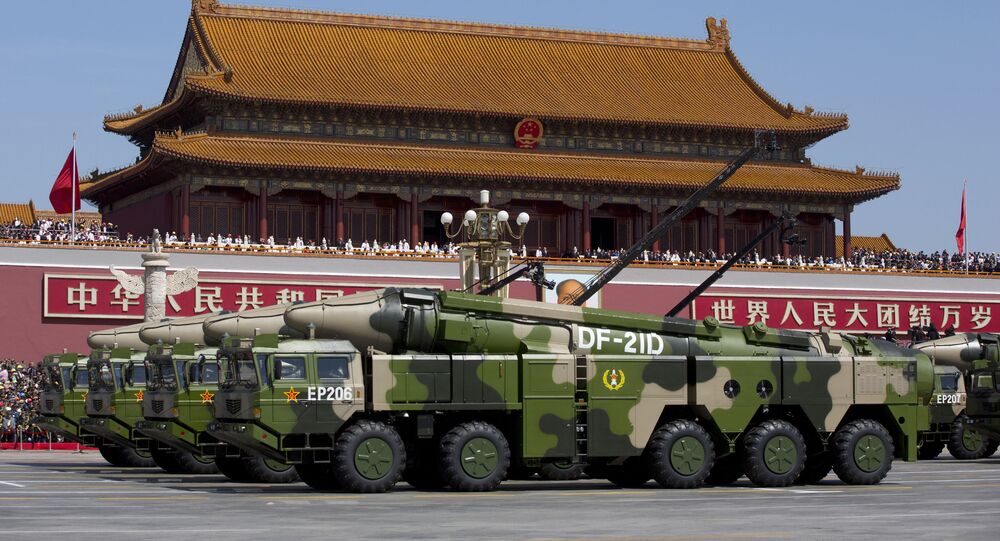 Japan Concerned With China's Lack of Transparency in Military Spending

TOKYO (Sputnik) - Japan is concerned about the lack of transparency in China's defence policies and military affairs, as well as the high-level growth of its defence budget, according to the annual white paper of the Japanese Defence Ministry released on Tuesday.

"Chinese military trends, combined with insufficient transparency about China's defence policies and military affairs, have become a matter of grave concern to the region including Japan and the international community", the report said.

The paper has also noted the significant growth of China's defence budget "without transparency" and the rapid improvement of its military capabilities in nuclear, missile, naval and air forces. Additionally, Japan highlighted Beijing's efforts in ensuring superiority in such new domains, as cyber, electromagnetic spectrum, and space.

China's military spending was estimated at 13 trillion yuan ($2 trillion), compared to Japan's 5.1 trillion yen ($46 million), the report said. Japan was also found to be behind in terms of military capabilities: 52 modern submarines in service in China versus 21 in Japan, 71 destroyers in China and 47 in Japan, 1,146 modern generation fighters in China and 313 in Japan.

In this light, Japan was especially concerned with Beijing's increased presence in the East China Sea off the disputed Senkaku Islands, also known as Diaoyu Islands.

"Russia is modernising its military equipment, including strategic nuclear forces, and is gradually enhancing the deployment capability of its military forces in remote areas by securing military bases outside Russia," the paper said, adding that Moscow has also been focused on developing hypersonic weapons and intensifying activities in space and other new domains.

The "Defence of Japan" white paper is an annual report of the Japanese Defence Ministry on the security environment around the country and its defence policies. The report was submitted to the government on Tuesday.