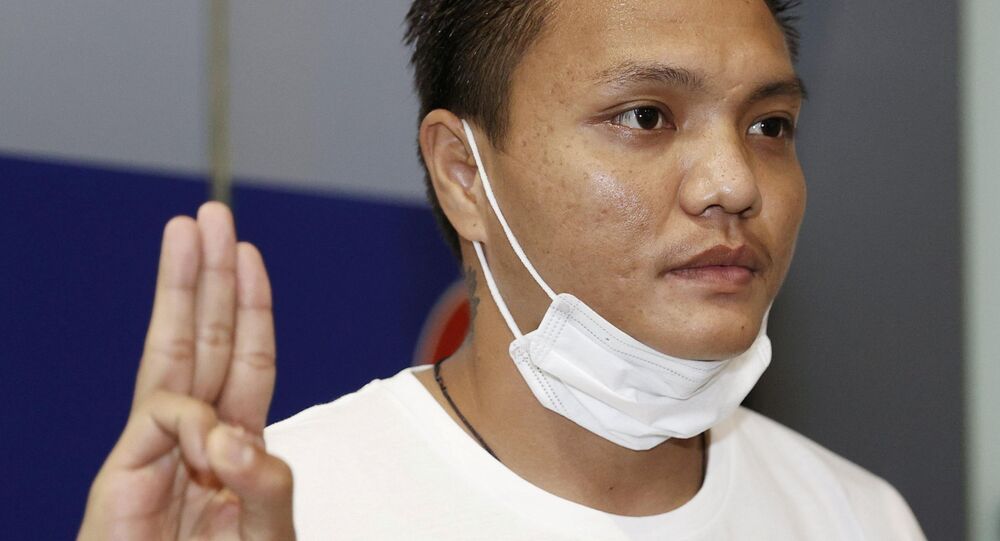 MOSCOW, (Sputnik) - Japan on Friday granted a six-month asylum visa to Myanmar goalkeeper Pyae Lyan Aung, who made an anti-coup gesture during a football match in Japan and chose to stay in the country over concern for his life, Kyodo news reported.

During a world cup qualifying match between Myanmar and Japan in Chiba city near Tokyo on 28 May, Aung was reported to have raised a three-finger salute in protest against the military coup in Myanmar, an action he said may have grave consequences to his life if he returns to Myanmar.

According to the media, the goalkeeper requested to remain in the country at Kansai airport on 16 June when his team was scheduled to exit Japan.

The Japanese government approved a six-month visa to allow the Myanmar goalkeeper to stay and work in Japan.

According to the Assistance Association of Political Prisoners, since the coup was staged in Myanmar on 1 February, an estimated 885 people have been killed by the junta, with over 5,195 people presently in detention.