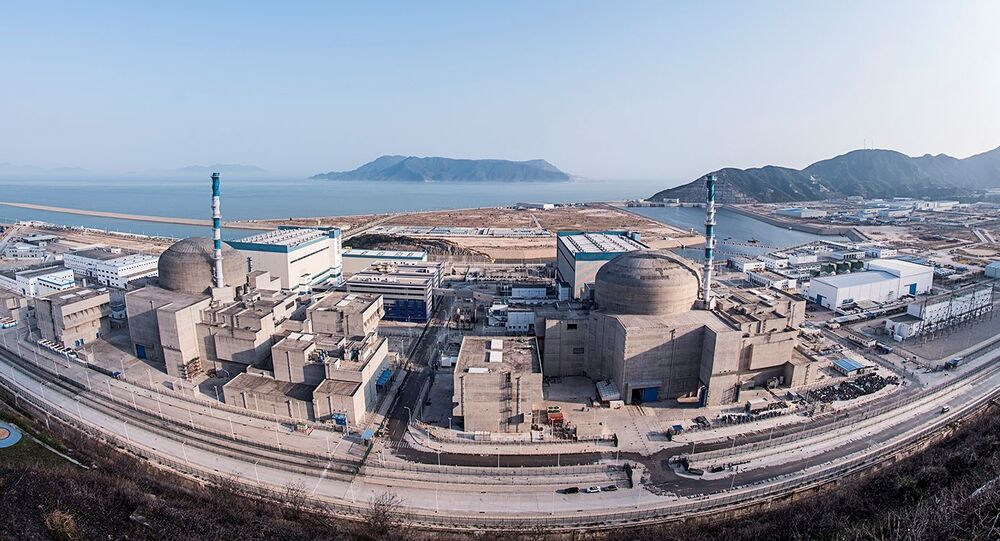 US media reported late on Monday that officials in Washington had spent a week assessing a report of a possible radiation leak at the Taishan Nuclear Power Plant in China’s Guangdong province following a French company’s warning about an “imminent radiological threat.”

Radiation levels at the Taishan NPP are normal and there are no safety concerns to report, Chinese Foreign Ministry spokesman Zhao Lijian has announced.

“There is no abnormality in the radiation levels around the nuclear power plant, and safety is guaranteed,” Zhao told reporters at a regular press briefing on Tuesday.

“According to information provided by the relevant authorities, the current situation at the Taishan Nuclear Power Plant meets technical requirements,” the spokesman added.

He stressed that Beijing pays close attention to nuclear safety issues and has a nuclear safety management and oversight system that’s in line with international standards and national specificities.

Zhao’s comments follow reporting by CNN on Monday that the US National Security Council had spent a week assessing a report on a possible "leak" at Taishan and had held "multiple" meetings on the matter. Framatome, a French nuclear reactor maker, which partially owns and operates the plant, reportedly warned authorities in the US Department of Energy via a letter of an “imminent radiological threat,” and accused Chinese authorities of upping standards on acceptable levels of radiation to avoid a plant shutdown.

© REUTERS / Bobby Yip
Chinese Scholar: US Blacklisting Chinese Nuclear Power Company is Politically Motivated
According to a memo obtained by CNN, Framatome sent its appeal to Washington in a bid to receive an emergency waiver for American sanctions. China’s nuclear power industry was slapped with US restrictions in 2019, supposedly amid concerns of its alleged ties to the Chinese military. Beijing blasted the US decision at the time, and observers deemed the restrictions to be politically motivated.

Taishan NPP released a statement on Sunday indicating that the radiation situation in and around the plant was “normal” and that both of its reactors were operational – one following an overhaul. “All operating indicators of the two units have met the requirements of nuclear safety regulations and power plant technical specifications,” the plant said in a statement.

Framatome issued a separate public statement on Friday indicating that “according to the data available, the plant is operating within the safety parameters,” with the company said to be engaged in “supporting resolution of a performance issue.”

Notwithstanding the public statements by Chinese officials, Taishan NPP and Framatome, some US media couldn’t help but dramatise the situation, with Newsweek titling a piece on the story “China Nuclear Plant Leak Response Evokes Chernobyl as Taishan Facility Insists It’s Safe.” The magazine went on to suggest that the reports around Taishan harken back to “memories of the Chernobyl nuclear disaster in 1986, when the Soviet Union played down issues with radiation levels at one of its nuclear plants.”

© RIA Novosti . Vitaly Ankov
‘We Didn’t Feel Anything Right Away – These Weren’t Bullets’: True Stories of Chernobyl Liquidators
Other media, including Bloomberg, also recalled the Chernobyl incident in its coverage.

French energy giant Electricite de France (EDF) – the parent of Framatome – has a 30 percent stake in Taishan NPP alongside China General Nuclear Power Group. The dual reactor plant is situated in southern China, about 75 km from Macao, and about 140 km west of Hong Kong. The plant became operational between 2018 and 2019, and reportedly uses a "new generation" of nuclear reactor technology.