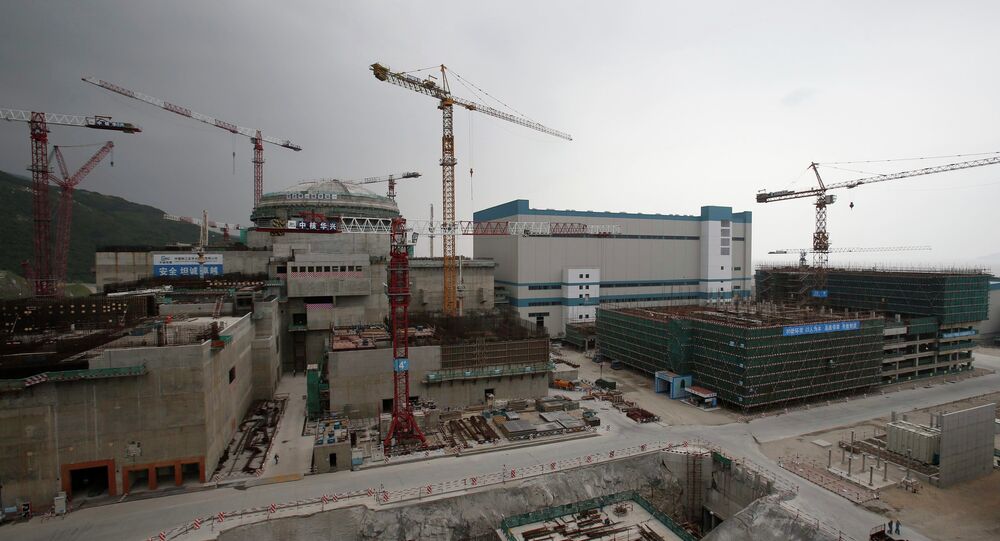 The United States is aiming to restrict the business of Chinese nuclear energy and tech companies in the global market by imposing political sanctions. That's according to Gong Hongliang from the Institute of International Relations of Nanjing University. Last week the US blacklisted four Chinese nuclear power companies.

Another 17 companies from 10 more countries, including Russia, Armenia, Belgium, Canada, Georgia, Malaysia, the Netherlands, the United Arab Emirates and the United Kingdom were also placed on the blacklist. These are completely different countries, both in terms of their potential in nuclear energy and in terms of the nature of their relations with the United States. So what has really prompted the US to pick these firms and add them to their 'blacklist'?

Gong Hongliang believes that one of the reasons why these companies made the US 'entity list' is because they were doing business with Iran.

“The blacklist includes many companies, including from countries such as the UK, so there is a high probability that they are subject to sanctions as they are involved in trade with Iran’s nuclear industry: At present, the US stance on Iran’s nuclear issue is not in line with the policies of other major powers, including the UK, that are still hoping to continue implementing the Iranian nuclear agreement reached in 2015. Since the United States is currently in a very serious confrontation with Iran, the US may hope to stop Iran’s trade and economic cooperation with some countries through sanctions on their companies. In doing so, the US is trying to exert maximum pressure on Iran,” Gong Hongliang said.

US sanctions constitute political interference in the global nuclear energy and technology market. The Chinese scholar noted that in this way the US is trying to limit the capabilities of Chinese companies in the world market.

“Sanctions against Chinese companies may be related to nuclear technology. There's a thin line between military and civilian use of nuclear technology that's difficult to distinguish, so the accusations that China is using it for military purposes are mostly politically motivated. In addition, cooperation in civil nuclear energy is a very profitable business. For this reason, the United States does not want Chinese companies to profit from this market. The United States possibly wants to prevent Chinese companies from doing business in the nuclear sphere with other countries, and is trying to achieve this through political sanctions,” Gong Hongliang said.

Anton Khlopkov, director of the Center for Energy and Security Studies, Editor-in-Chief of the Nuclear Club magazine and a member of the Advisory Board under the Security Council of the Russian Federation, said that the US-China trade war and competition has moved to the next level and, obviously, will not bypass the field of nuclear energy either.

“In this context, it should be noted that in the coming years we can expect China to enter the world market as one of the most active and competitive players in the construction of nuclear power plants. This was expected a little earlier, but after the Fukushima nuclear power plant disaster requirements towards the export of nuclear power plants increased, so it took China extra time to become one of the leading participants in the nuclear energy market. Obviously, the United States is competing with China in this field. Various ways of pressure or gaining advantages can be used, including through discrediting other players in the market, which the United States from time to time tries to do with respect to the Russian nuclear industry,” Khlopkov said.