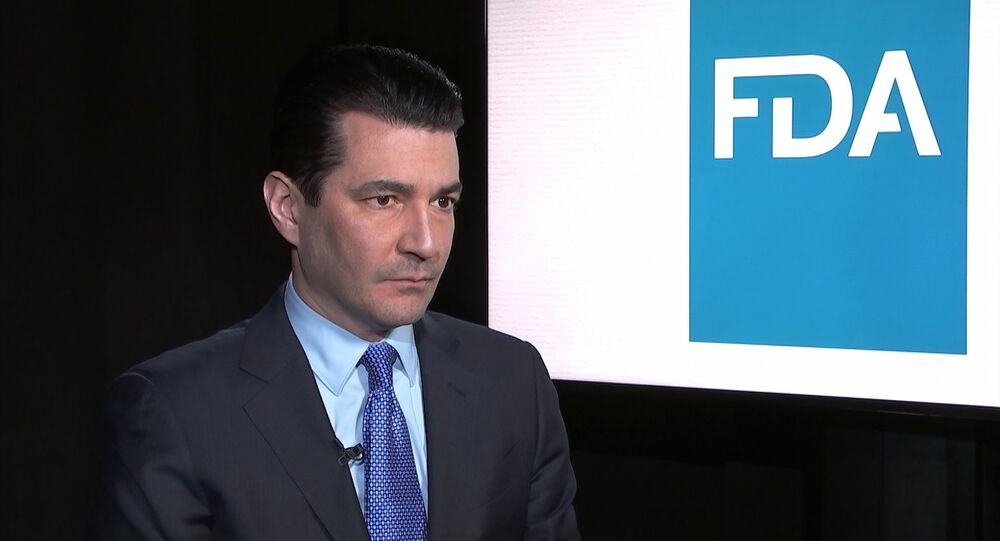 Last week, US President Joe Biden ordered the intelligence community to redouble efforts to investigate the origins of the coronavirus and to report their findings to him within 90 days.

"It’s important to understand what the possibility is that this came out of a lab so we can focus more international attention on trying to get better inventories around these labs, what they’re doing, better security, make sure they’re properly built," Gottlieb told CBS' "Face the Nation” on Sunday amid reports that an accident occurred at the Wuhan Institute of Virology.

According to Gottlieb, China is able to provide “exculpatory” evidence proving that COVID did not leak from a lab, but has so far refused to do so.

He also said that lab security is generally weak in countries around the world: "These kinds of lab leaks happen all the time, actually," he said.

"Even here in the United States, we’ve had mishaps, and in China, the last six known outbreaks of SARS-1 have been out of labs, including the last known outbreak, which was a pretty extensive outbreak that China initially wouldn’t disclose that it came out of a lab."

Earlier this month, Biden ordered members of the US intelligence community to produce a report in 90 days to put an end to the debate over whether the coronavirus spread to humans from animals naturally or if it leaked from a laboratory in China, and promised to release the report in full. The same day, the Office of the Director of National Intelligence stated that the agency did not know the exact origins of the coronavirus at the time.

The Chinese Foreign Ministry rejected US media reports suggesting that three employees of the Wuhan Institute of Virology fell gravely ill right before the outbreak of COVID-19.

According to the latest report by an international expert group on its mission to Wuhan, the coronavirus outbreak was unlikely caused by a leak from the lab in Wuhan, while the virus was most likely transmitted to humans from bats via an intermediary animal.