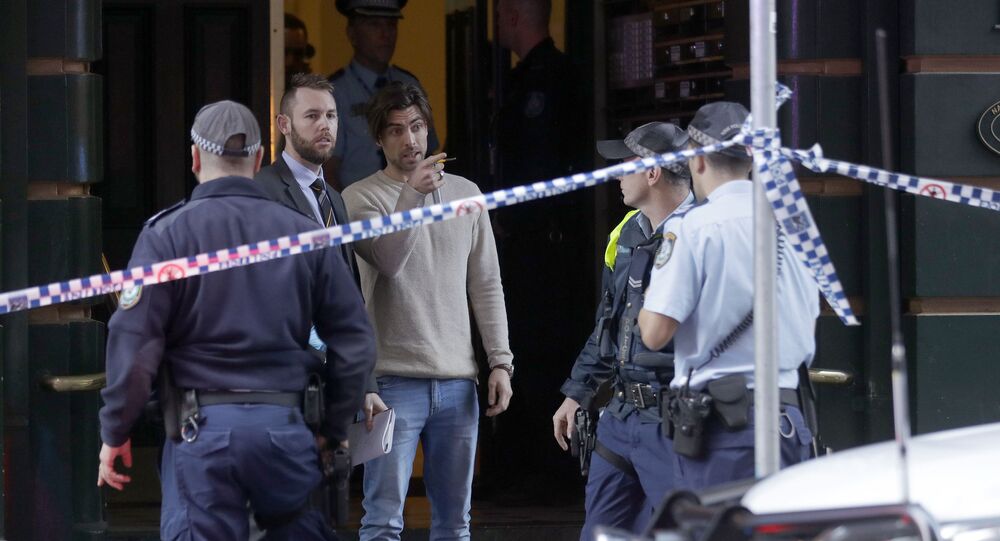 MOSCOW (Sputnik) - An Australian court on Friday announced sentencing a man to 44 years in prison for murdering a young woman and then attacking a passerby in Sydney.

"SupCt sentences Mr Ney to 44 yrs imprisonment with a NPP [non-parole period] of 33 yrs for the murder of Michaela Dunn and wounding of Lin Bo with intent to cause grievous bodily harm in August 2019," the New South Wales Supreme Court tweeted.

According to the broadcaster ABC, Ney denied being motivated by religious extremism, claiming to be pretending in order to commit suicide.

In line with the court's decision, Ney will be able to leave prison no earlier than 2052, when he will be 53.

In August 2019, a man, later identified as 20-year-old Mert Ney, was spotted running around in downtown Sydney screaming "Allahu Akbar," while waving a knife. The man was apprehended by bystanders before the police arrived. Following the incident, a 41-year old woman was hospitalized with a knife wound. Later, the police investigation found a body of a 24-year-old woman in a downtown apartment, who was stabbed by Ney prior to the incident.