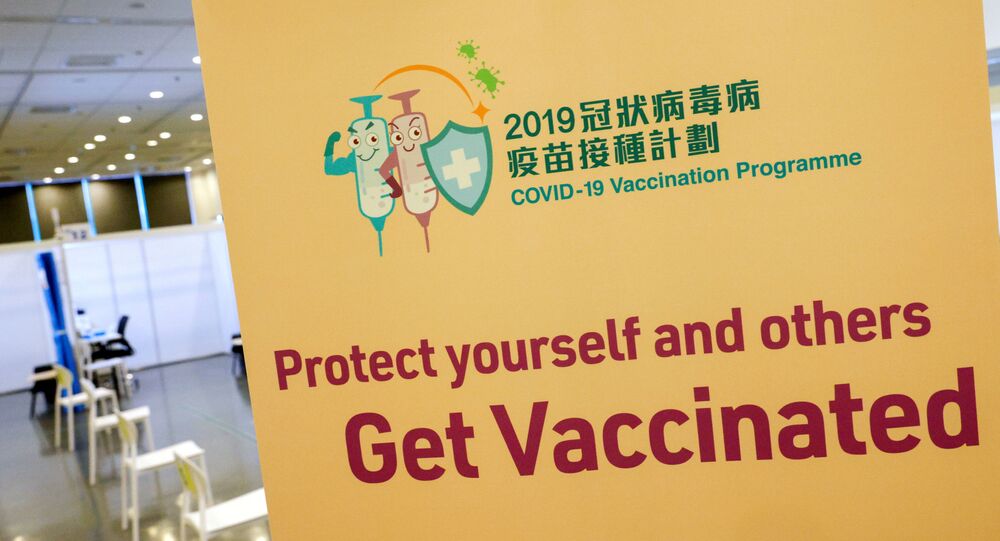 The cases sparked evacuations and quarantines in roughly 460 flats across three districts in the special administrative region on late Tuesday after authorities traced contacts linked to the two workers, Chinese media reported.

Residents in Hong Kong are concerned as authorities have quarantined three districts due to a mutated strain of coronavirus, the South China Morning Post (SCMP) reported on Wednesday.

Six COVID-19 cases were confirmed in Hong Kong, with two domestic workers infected with the mutated N501Y strain, prompting local health experts to warn the variant of COVID-19 could spread across the region.

“The two [domestic workers] appear to be friends who work in different districts but travelled to other places to eat together during their infectious period. Could there be a transmission chain there? The biggest worry is if a superspreader cluster appears, then things would get out of hand,” University of Hong Kong microbiologist Dr Ho Pak-leung said on Wednesday.

© REUTERS / THOMAS PETER
China Passes 275 Million COVID-19 Vaccine Shots Mark as Campaign Hits 10 Million Per Day
Three cases from Nepal were also recorded, with total cases in Hong Kong reaching 11,796 and 210 deaths. A total of 10 cases of the new variant have been recorded, the report added.

The news comes as the N501Y strain joins other variants from the United Kingdom, South Africa and Brazil.

“If we allow the virus to remain in the community, especially over the coming Mother’s Day weekend, it could lead to an even worse fifth wave of infections,” infectious diseases expert Dr Leung Chi-chiu said on Wednesday.

The domestic helper in Tseun Wan and housewife from India were likely to have contracted the strain in recent travels, he added.

“They both already carried antibodies for the coronavirus, which suggests they could have been sick for more than a week. As their viral load was also very low, it’s likely they had already been sick and were recovering, and retested positive from the remaining traces of the virus,” Leung said.

He also urged the government to boost test and trace efforts and urged a ban on travel from high-risk locations as well as warned against reducing quarantine periods due to potentially longer incubation periods.

© AP Photo / Eugene Hoshiko
China Offers COVID-19 Vaccines To Olympic Athletes In 2021 Tokyo and 2022 Beijing Games
According to Hong Kong chief executive Carrie Lam, over 100,000 of 370,000 domestic workers in the city were tested at the weekend, with thousands more given vaccines ahead of the 9 May government deadline.