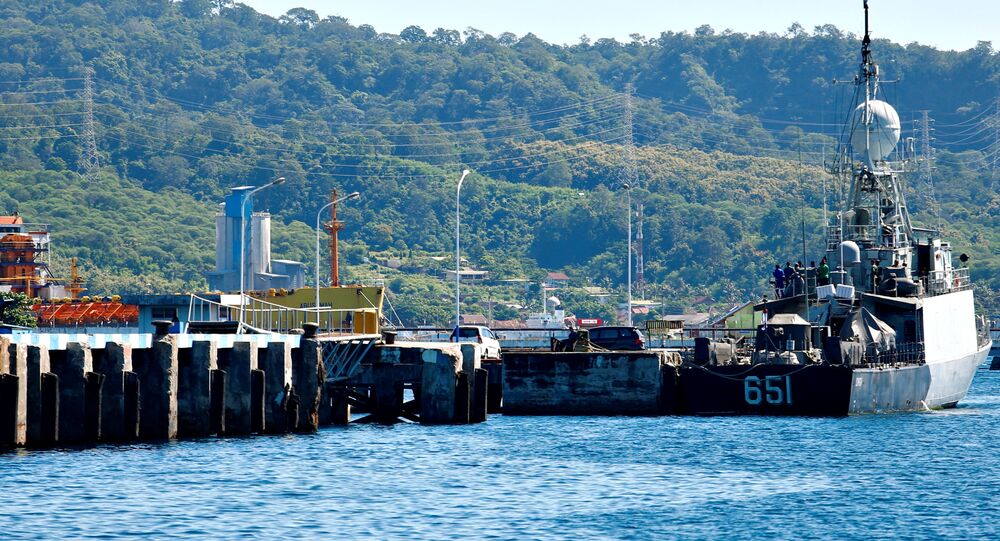 Indonesia Recovers Debris Believed to be From Missing Submarine

Communication with the submarine was lost on Wednesday, as it was conducting a torpedo drill in waters north of the island of Bali. According to reports, the oxygen supply in the submarine was expected to run out this morning.

A missing Indonesian Navy sub has been discovered in the waters near Bali, at a depth of 850 metres (around 2,800 feet), the Chief of Staff announced on Saturday. According to the statement, authorities are setting up rescue operations in a bid to evacuate surviving members of the submarine's crew.

The German-made submarine, KRI Nanggala-402 is carrying fifty-three people, and their fate has been unclear since Wednesday when the vessel failed to communicate with the military.

Several Indonesian military vessels were conducting search operations, while Jakarta has also requested help from Singapore and Australia in finding the missing submarine and its crew.