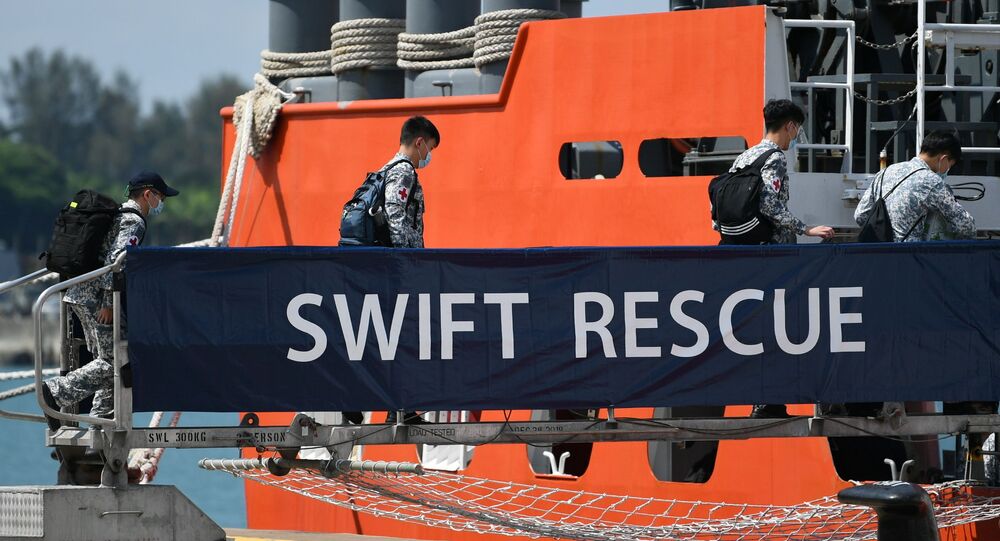 Communication was lost with an Indonesian navy submarine as it was conducting a torpedo drill in waters north of the island of Bali on Wednesday.

The oxygen supply on an Indonesian navy submarine that went missing earlier this week is enough for three more days, the Jakarta Post newspaper reported on Thursday, citing the military.

"The submarine's oxygen reserve capacity in a blackout is 72 hours," Military commander Yudo Margono said, as quoted by the paper.

According to Margono, the submarine was in a good condition at the time of its disappearance.

The military added that several oil spills were spotted in different locations during the search.

"Aside from that, KRI REM 331 (a navy ship) reported that it detected an underwater movement with a speed of 2.5 knots. And then the contact disappeared so there is not enough data to conclude that the contact was the submarine," the military told reporters.

The German-made submarine, KRI Nanggala-402, was conducting a torpedo drill in waters north of the island of Bali but failed to transmit the results as expected, a navy spokesman said on Wednesday. The crew comprised 53 people.