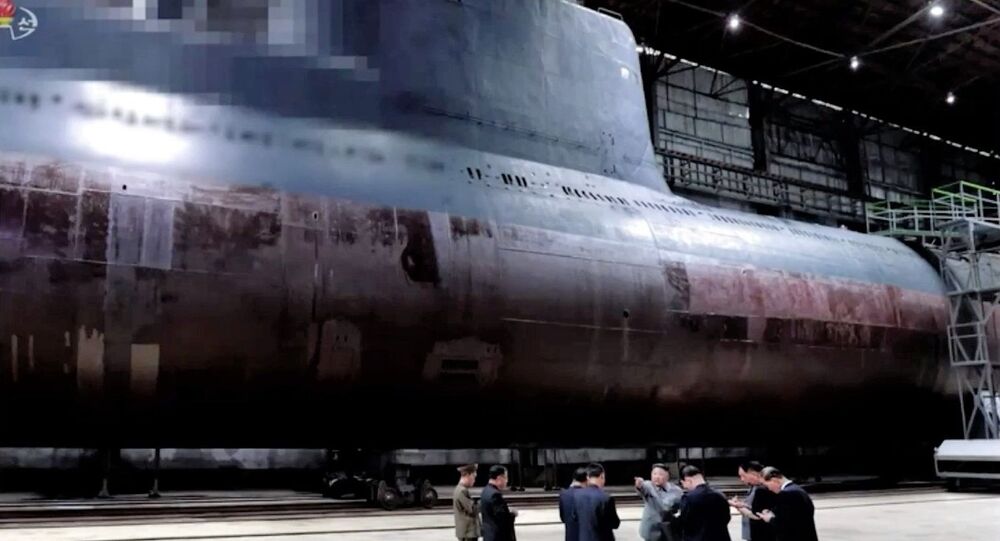 MOSCOW (Sputnik) - South Korean and US intelligence suspect that North Korea has completed the assembly of a 3,000-tonne submarine and is ready to launch it when the time is right, the state Yonhap News Agency reported on Sunday.

"Both South Korea and US intelligence authorities made the assessment that North Korea has already finished building the 3,000-tonne submarine unveiled in July 2019", sources told Yonhap.

According to the agency, the news comes from a US think tank that said North Korea had moved a submersible missile test barge to a new position, likely hinting at an upcoming submarine-launched ballistic missile (SLBM) test to take place.

"The authorities assess that North Korea is reviewing the right timing to roll out the submarine for a strategic effect, including maximising pressure against the United States", said a source, as quoted by Yonhap.

According to the US think tank, this would be North Korea's first true ballistic missile submarine.