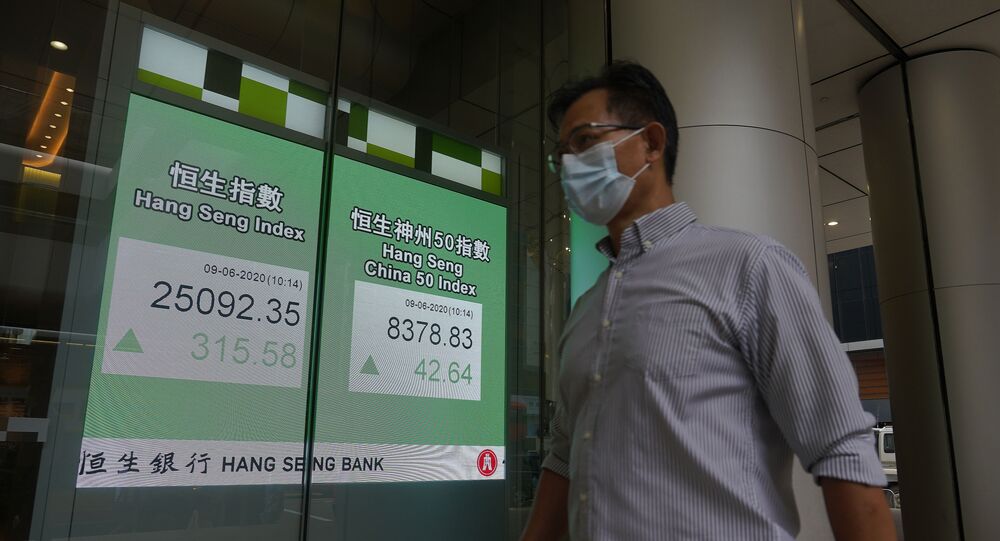 The British-Swedish firm has been hit by numerous crises related to its efficacy as well as concerns voiced by the European Medicines Agency over blood clots triggered by the vaccine.

Hong Kong has requested to postpone delivery of AstraZeneca COVID-19 vaccines, The South China Morning Post and others reported on Friday.

© REUTERS / Francois Lenoir
Are You SURE? EU Commission Disburses €13bn In Funds To Six Nations To Tackle COVID-19, Jobs Crisis
Officials in the special administrative region have requested a second-generation jab to tackle new strains of the virus shortly after ordering 7.5m AstraZeneca doses expected by the second half of the year, the report read.

Mr Hui also noted in a statement that the vaccine was 70 percent effective against novel COVID-19 but only 10 percent against newer variants such as the South African strain.

The news comes amid 14 fresh coronavirus cases from mostly foreign sources, with eight imported to the region, one detected at a quarantine centre and another undetermined. Two of ten positive cases were linked to the Oi Fai House in Tuen Mun's Yau Oi Estate, which is currently under investigation, the SCMP noted.

According to a government source, the shipments would be delayed until the vaccine was improved against the South African strain.

“The main reason is because we already have enough supplies,” Chan said in a statement, citing 7.5m stockpiled jabs of the Chinese Sinovac and Pfizer-BioNTech.

She added the Hong Kong Health Authority was concerned about safety reports linked to blood clots.

“It is not necessary to deliver it to the city this year, to avoid any waste. We have also begun looking at next-generation vaccines that can offer better protection against new virus variants,” she added.

© REUTERS / DADO RUVIC
Australian Blood Clot Case Likely Not Linked to AstraZeneca, Leading Epidemiologist Says
The news comes after numerous European countries, including Denmark, Germany, Norway and others, voiced concerns over links between the vaccines and possible blood clots. The European Union later launched a probe and announced on Friday that the blood clots were a "very rare" side effect of the jabs, sparking further outcry.

Further problems arose in Hong Kong and Macao after Fosun Pharma demanded an immediate suspension of a batch of Pfizer-BioNTech vaccines due to defects in packaging, the Macao government announced in late March.