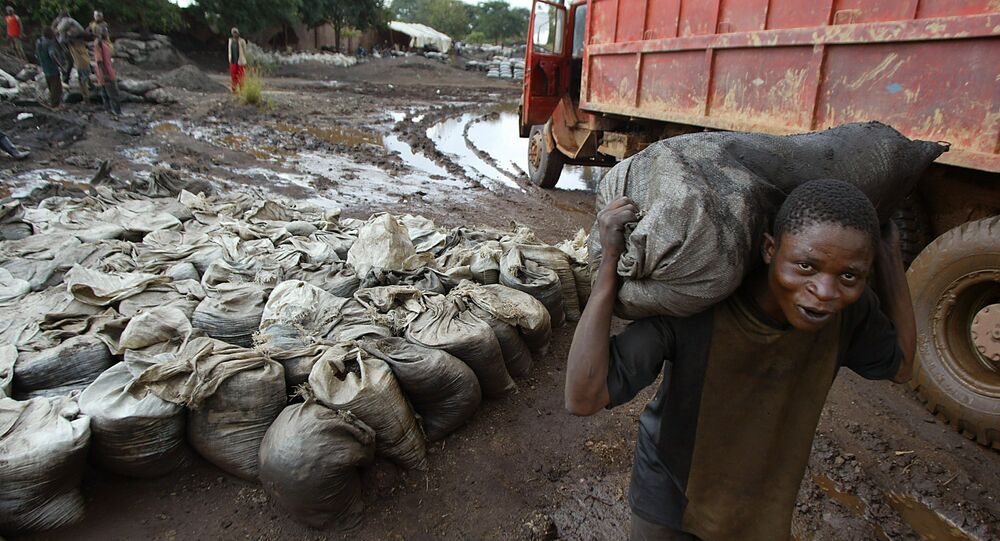 Responding to the surge in electric car sales have surged, China said that it will increase its stockpiles of cobalt, the element used in an electric vehicle's battery's cathode to provide stability and to maintain its cycle life.

Cobalt prices have rocketed by nearly 65 percent since January, as the Chinese economy has driven demand for the material, the South China Morning Post reports. Last week, a tonne of the metal was sold for $53,000, its highest level since December 2018.

One of the reasons prices have soared was China's decision to stockpile the element last year to meet demand driven by local producers of electric vehicles – an industry which has been mushrooming over the past few years thanks to incentives from the Chinese government.

Increased sales of vehicles both in China and Europe have fuelled the demand for cobalt, which is a major component in lithium-ion batteries, thereby sending prices to new peaks.

© AP Photo / Jae C. Hong
Elon Musk Says Tesla’s Acquisition of Maxwell Will Have ‘Very Big Impact’ on EV Batteries
The second reason cobalt prices surged dramatically was the coronavirus pandemic, which slowed the movement of goods - particularly such raw materials as cobalt - between China and the Democratic Republic of the Congo (DRC), the African country which produces roughly two-thirds of the world’s cobalt. Coronavirus-induced restrictions seriously affected supply chains, paving the way for delayed shipments and tightening demand, according to Gregory Miller, an analyst at Benchmark Mineral Intelligence.

In order to deal with the soaring prices and tightening demand, some of the Chinese refiners reduced metal production in favour of cobalt chemicals. This, however, might not have a significant impact on the market environment, Miller added.

As delays in shipments from the DRC have become more common, analysts assume China and other countries involved in the production of EVs might turn to Indonesia as a new supplier for cobalt, George Heppel, a senior consultant at CRU Group, suggested.

Other worries for China is DRC's reputation for political instability, not to mention alleged child labour in the mines - matters which will weigh on China when considering whether to diversify its suppliers.

© AP Photo / Charles Krupa
Volkswagen Looks East to China, Pledges €2bn to Boost Beijing's Electric, New Energy Vehicle Market
To date, China has been the biggest importer of cobalt, purchasing about 95,000 tonnes of it a year. Global reserves of cobalt are about 7 million tonnes, and 68 percent of it is mined in the DRC. In 2018, eight of the DRC's 14 largest cobalt miners were reportedly China-owned, and Beijing has also been investing in DRC's economy heavily in the form of loans or subsidies.

China's car market is now the biggest in the world. Increasing how many electric vehicles are on the road is a priority for Beijing. Apart from investing in electric car infrastructure and production, the authorities have introduced certain incentives such as raising fees for those who own petrol-run cars and exempting those with electric cars from paying the license fee.