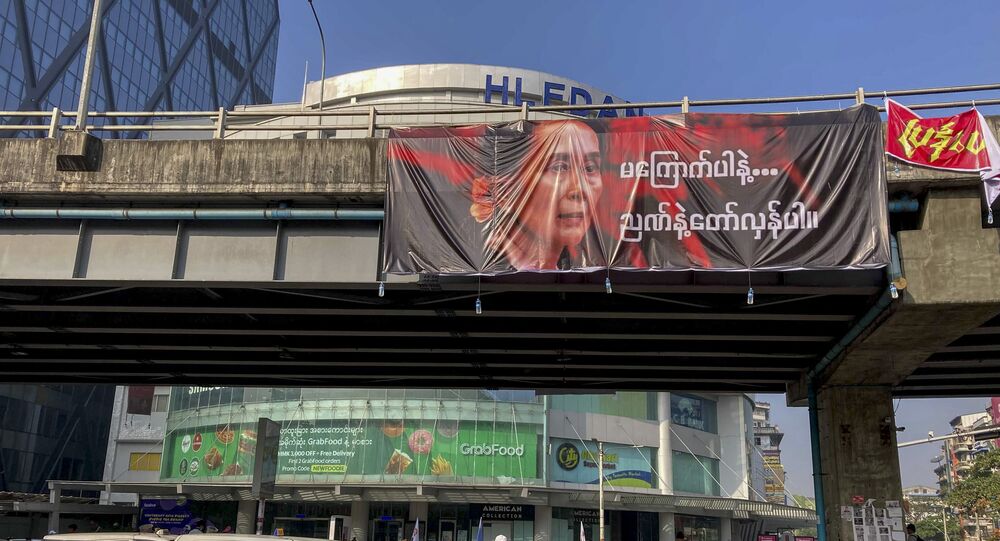 Situation in Myanmar is 'Not What China Wants to See', Chinese Ambassador Says

Earlier in the day, Myanmar's armed forces said they had no choice but to seize power in the country, insisting that it was not a coup.

The situation in Myanmar is not what China wants to see, the Chinese ambassador to Myanmar, Chen Hai, said on Tuesday.

"We noticed Myanmar's domestic dispute regarding the election for some time, but we were not informed in advance of the political change in Myanmar," the ambassador said in a statement posted on the website of the Chinese Embassy in Myanmar.

This comes after Myanmar's military said earlier in the day that it had no choice but to seize power, adding that the army will govern according to the Constitution, which was adopted following a referendum in 2008.

"Our objective is to hold an election and hand power to the winning party," Brigadier General Zaw Min Tun said during a press conference.

Myanmar has been engulfed in mass protests in recent days, with people protesting against the military rule and demanding the release of the country's State Counsellor Aung San Suu Kyi who along with other top officials was arrested on 1 February. When the armed forces toppled the government they declared a year-long state of emergency, with power being transferred to General Min Aung Hlaing.

The coup followed simmering tensions between the government led by Kyi and the military in the wake of the November 8 general election, which the army claims were rigged to let Kyi remain in office for another five-years.