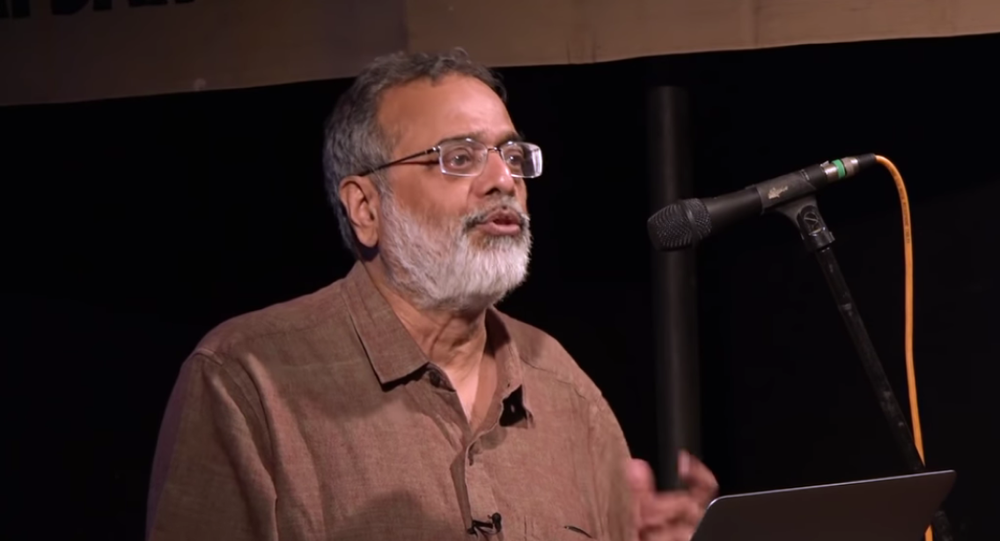 Indian Prime Minister Narendra Modi recently described the international support for the militant farmers’ movement as a “foreign destructive ideology” from which the country needed to be saved.

On Tuesday, the offices of the progressive independent media outlet NewsClick and the residences of several members of its editorial staff were raided by Indian police.

The outlet reported that the Enforcement Directorate, a police agency that investigates economic crime in India, had raided the homes of editor-in-chief Prabir Purkayastha and Pranjal, an editor, on Tuesday morning. The outlet’s offices in Delhi were also raided.

“Truth shall prevail. We have full faith in the legal system,” NewsClick said in a statement, adding that a fuller statement would be released later, as the raids are still ongoing.

According to Poonam Agarwal, an editor at NewsClick’s sister outlet The Quint, also owned by Digipub, the ED has claimed that the raids were part of “a money laundering case for taking foreign funding from some dubious companies abroad.”

A joint statement signed by several outlets owned by Digipub said NewsClick stats that they have always “upheld the highest standards of journalistic integrity” and use its reporting to “hold power accountable.” They added that the raid was “a clear attempt to suppress journalism critical of the government and its allies.”

The Committee to Protect Journalists issued a statement saying it was “concerned” by reports of the raids and urged “authorities to respect press freedom.”

According to Vijay Prashad, historian and director of the Tricontinental Institute for Social Research, the true motivation behind the raids was likely NewsClick’s extensive coverage of the massive farmers’ protests that have rocked India for months.

Dear @narendramodi, the Indian news portal - @newsclickin - reached tens of millions of viewers with its superb coverage of the farmers revolt. Is this why your government has detained the editors Pranjal and Prabir? #stopharassingmedia.@pressfreedom @RSF_inter @CPJAsia

​“Proud to have been associated with @newsclickin from its inception,” Prashad added in a Tuesday tweet. “An honest news channel that the government of India has now gone after because of it coverage of farmers revolt.”

Dr. Ashok Dhawle, president of the All India Kisan Sabha (AIKS), India’s largest peasant organization and a major participant in the farmers’ struggle, condemned the raids, saying, “Newsclick has done excellent objective reporting on the ongoing farmers struggle and on all just and legitimate people’s movements over the last few years. This is nothing but the BJP [Bharatiya Janata Party, Modi’s party] central government’s attempt to penalize Newsclick for standing firmly with the fighting people.”

​Farmer protests began in Punjab in September 2020 following the unilateral passage of three Farm Bills that will deregulate the agricultural industry and which farmers point out will leave them unable to compete with agribusiness as well as ending up at the mercy of corporate agriculture multinationals. %The demonstrations have since snowballed into a movement involving tens of millions, including a strike of 250 million people on November 26, 2020.

Last month, the government suggested suspending the three new laws for 18 months, but this was rejected and a new wave of protests were launched, including some 10,000 road blockades using farm tractors. Dozens of protesters have died in the protests, with causes ranging from police violence to heart attacks and exposure to the elements.

The NewsClick journalists are the latest to be harassed after critical reporting on the government of Indian Prime Minister Narendra Modi. Another reporter covering the farmers’ protests, Mandeep Punia, was arrested on January 30 while filming police abusing migrant workers in Singhu, according to The Wire, Several journalists covering the situation in hotly contested Kashmir, where both India and Pakistan seek control, have been arrested in recent years, including Aasif Sultan, who has been in jail since August 2018.