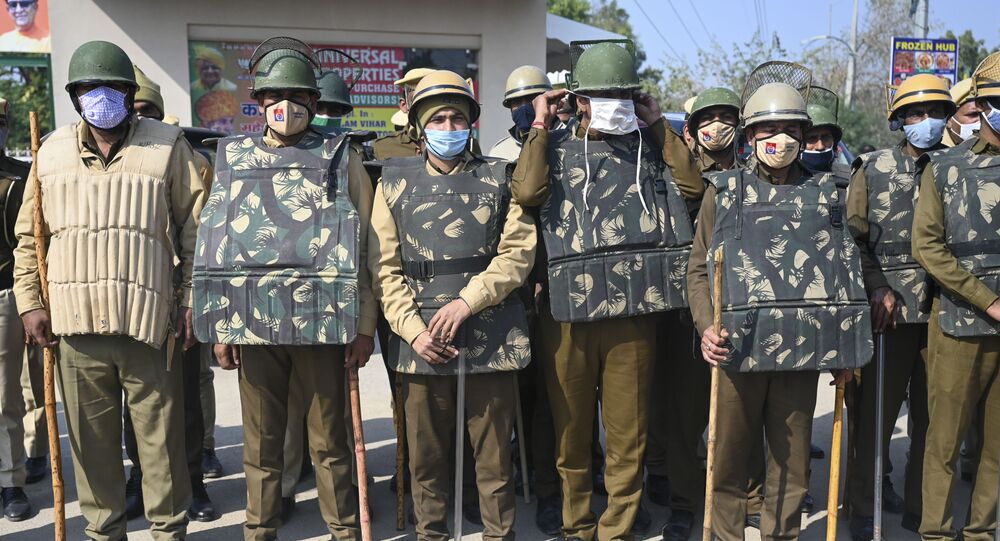 Thousands of farmers have been camping out on the outskirt of Delhi for over 72 days to protest against a series of new laws adopted by the Narendra Modi government, calling for them to be rolled back. As many as 11 rounds of talks between the government and the farmers have failed to break the deadlock.

As India's capital New Delhi braces for another round of nationwide protests by farmers, residents have taken to Twitter to express their angst over the United Nations appeal for "maximum restraint" over the agitation.

On Friday, the United Nations called on Indian authorities to protect the rights to peaceful assembly and expression both online and offline.

#India: We call on the authorities and protesters to exercise maximum restraint in ongoing #FarmersProtests. The rights to peaceful assembly & expression should be protected both offline & online. It's crucial to find equitable solutions with due respect to #HumanRights for all.

​Delhi residents did not approve of the UN statement in what India has long called a "domestic matter".

Why don't they preach China Paxtan and Myanmar?

Peaceful assembly and expression according to the UN Human Rights body. 👇 pic.twitter.com/d6JwNy0iPt

500 policemen were injured in the protests. Police didn't use any weapon. How much more restraint is needed. Any human rights for the uniform? UN hypocrisy at its best.

​Delhi has been converted into a fortress, with the deployment of over 50,000 personnel from the Delhi Police, Paramilitary, and Reserve Forces to counter farmers call for a nationwide "chakka jam" (blocking of highways) protest today. Delhi Metro is on high alert and has readied 12 stations for closure in case of emergencies. The police in Delhi have has made extensive arrangements to deal with protesters. Barbed wire has been put up on several roads along with iron spikes to counter any offensive by the protesting farmers.

Only vehicles carrying essential goods and emergency services will be allowed to move, said the agricultural organisations, noting they will not enter Delhi for their protest today. Farmer leaders have maintained that the protests today will remain peaceful and have asked farmers not to indulge in any spats with authorities.

On 26 January, as India celebrated Republic Day, farmers held a "tractor rally" in the capital that saw thousands of vehicles congesting Delhi's roads in protest against new farm laws. The rally later turned violent, with farmers clashing with the Delhi Police. Over 300 cops were injured and one farmer lost his life during the protests. A section of protesters also barged into the historic Red Fort and raised a flag bearing the symbol of the Sikh faith, "Nishaan Sahib" along with the Indian flag, which sparked nationwide outrage.