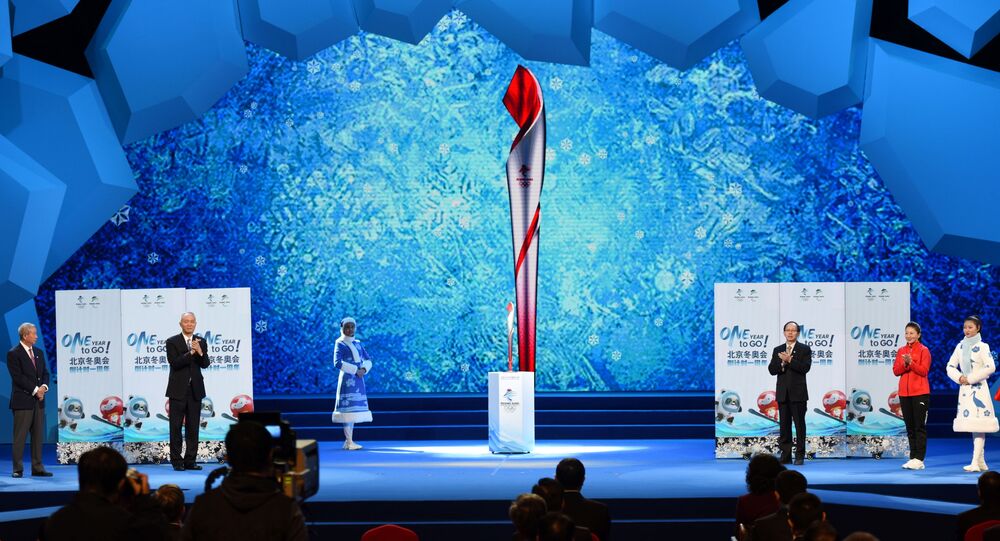 The Guardian and numerous media outlets published an open letter backed by Canadian MPs urging Olympians to boycott the event, sparking further tensions with Beijing a year ahead of hosting the world's largest sporting competition.

The Chinese government could potentially respond to nations boycotting the 2022 Beijing Winter Olympics with "serious" sanctions, the editor-in-chief of state-backed tabloid Global Times said on Twitter.

“Now, in 2021, we find ourselves back in the same position with the IOC who are refusing to act despite the clear evidence of genocide and widespread and worsening human rights failures,” the letter read as quoted by the Guardian.

But the comments were slammed by the the Global Times editor as "unpopular", adding China would "seriously sanction" countries boycotting the event.

“Boycotting 2022 Beijing Winter Games, an unpopular idea, won’t receive wide support. IOC and athletes will both oppose it, and China will seriously sanction any country that follows such a call,” Hu Xijin tweeted on Sunday.

The news comes after US Republicans introduced a resolution to relocate the competition on allegations China's actions in the westernmost region were "genocide" days after US president Donald Trump was voted out of office, Reuters reported.

But the Biden administration did not have plans to boycott the event and there was "no discussion underway", a White House spokeswoman told reporters last week.

“We’re not currently talking about changing our posture or our plans as it relates to the Beijing Olympics. We consult, of course, closely with allies and partners at all levels to define our common concerns and establish a shared approach, but there is no discussion underway of a change in our plans from the United States at this point in time,” spokeswoman Jen Psaki said last week.

The 2022 Beijing Winter Olympics will take place on 4 February next year and are the largest of its kind in history with 109 medals. The games come after Beijing's hosted the 2008 Summer Olympics and will be the first to host both competitions.

Florida Authorities Propose Relocating Summer Olympics From Tokyo to US

‘We Will Hold the Games’: Tokyo Organizer Vows to Host Olympic Tournament ‘No Matter What’