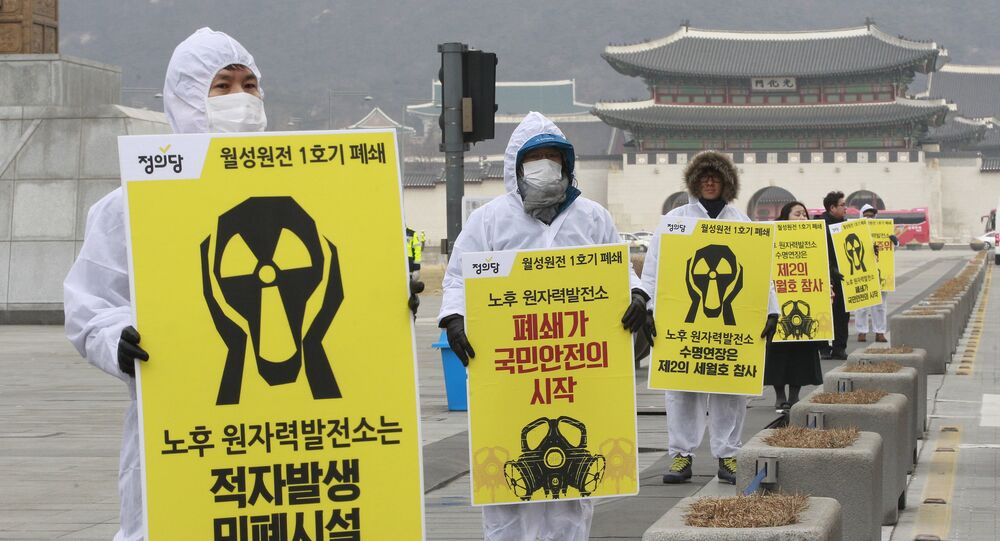 SEOUL (Sputnik) - The main opposition party in South Korea, the People Power Party (PPP), has called for an investigation into the government's alleged intentions to help build a nuclear power plant (NPP) in North Korea, the Yonhap news agency reported on Sunday.

The allegations arose after a local TV broadcaster's reports that during the investigation of deleting a number of documents regarding the closure of the country's second-oldest nuclear reactor, Wolsong-1, in 2019 by energy ministry officials to cover up their wrongdoing, prosecutors found a document indicating that the government of President Moon Jae-in was pushing to construct a nuclear power plant in North Korea.

The opposition called the allegations "earth-shattering" if true and urged the government to act quickly to resolve suspicions and answer questions raised over the issue, the news agency reported.

The ruling Democratic Party and the energy ministry, in turn, strongly denied the allegations, saying that the documents were misinterpreted and discussions on the possible energy cooperation between the two Koreas dated back to the administration of former President Park Geun-hye, the news agency added.