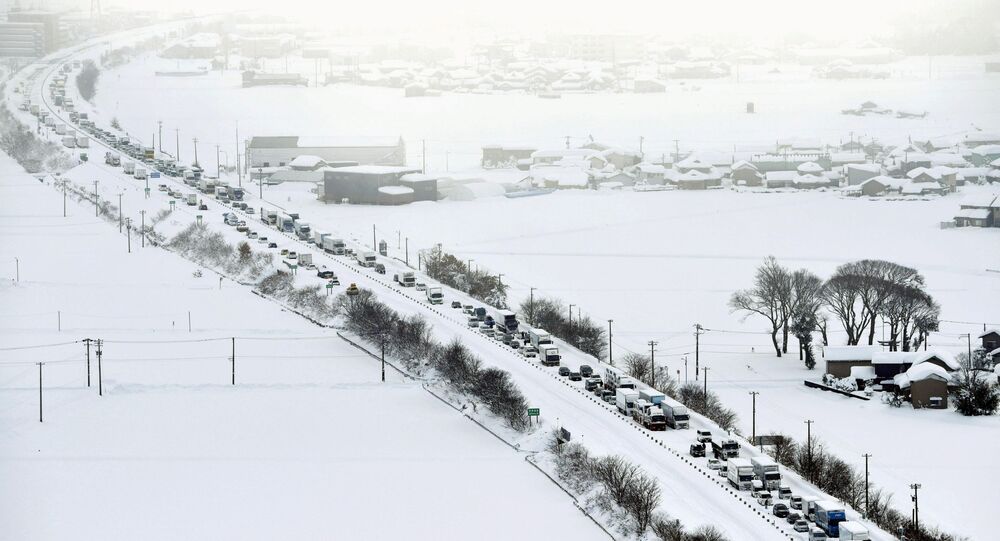 At Least 10 Dead in Japan Amid Record Snowfall, Reports Say

TOKYO (Sputnik) - The number of people dead as a result of heavy snowfall in Japan has risen to 10, while over 300 people have been injured, the NHK broadcaster reports.

In Toyama Prefecture, where a record snowfall of over 100 centimeters was reported for the first time in 35 years, two people died while another 91 were injured.

One person died and 38 were wounded in Ishikawa Prefecture and another two people were injured in Gifu.

Northern and western regions of Japan were hit by heavy snowfall last week. Major traffic disruptions were reported in various regions and multiple flights were cancelled. Supply routes and train services have also been affected.

One for the trainspotters.

🇯🇵❄️The #snowfall in many parts of #Japan has set a record in the past few days. Heavy snow has severely blocked traffic, and more than 1,000 vehicles have been unable to move.

Most of the injuries reported amid the record snowfall occurred due to falls, while reported deaths predominantly happened as people tried to clear rooftops of snow. Over this winter, Japan’s central and northern regions have seen record snowfall, several times above the norm.