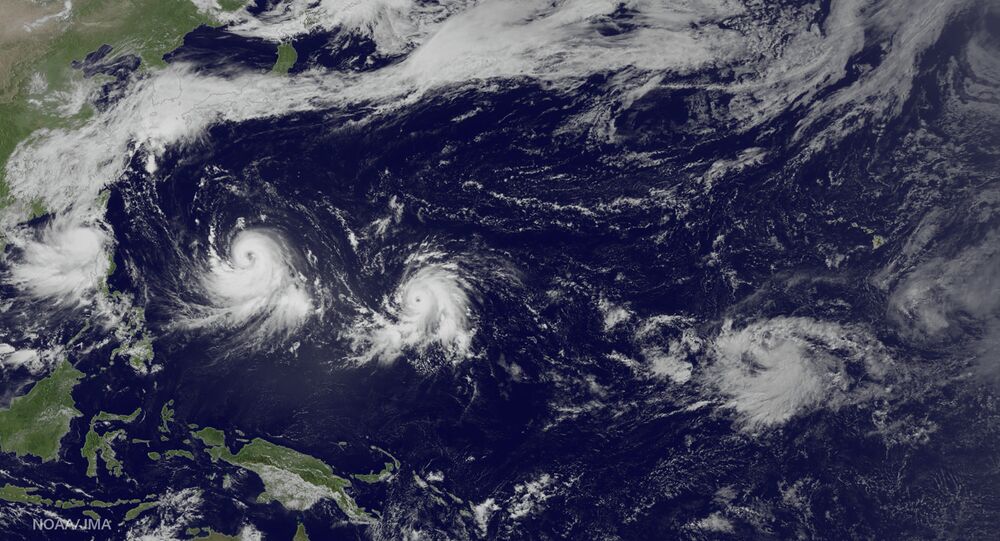 MOSCOW (Sputnik) - At least five people died in the Philippines in the onslaught of tropical depression Vicky in what has proved to be a record-breaking storm season in the nation, media reported.

Two people died and a minor was injured after a landslide swept away a section of road in the southern region of Leyte amid heavy rains, state Philippines News Agency reported.

Another three people drowned in floods in the Surigao Del Sur province, where some 50 homes were severely damaged, the CNN Philippines reported citing the local governor.

The Philippine National Police deployed nearly 1,600 search and rescue personnel to aid in mitigating the consequences of the storm, Presidential Spokesperson Harry Roque said in a statement.

​According to the national meteorological service PAGASA, Vicky has now grazed over the central and southern islands and is about to make landfall at the Philippines westernmost island of Palawan.

Last month, Typhoon Vamco hammered the northern island of Luzon and left at least 12 dead in its wake. That typhoon set the record for becoming the 21st system to batter the Philippines this storm season so far.