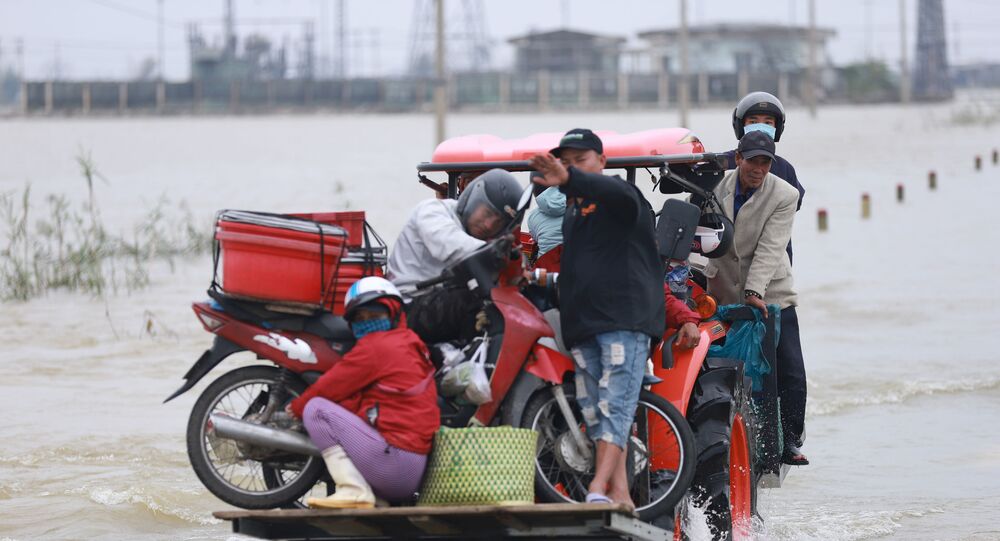 MOSCOW, November 15 (Sputnik) - Typhoon Vamco, which wreaked havoc on the Philippines earlier in the week, made landfall on Vietnam Sunday, media reported.

The typhoon struck the central parts of the country with wind speeds of up to 55 miles per hour before weakening to a tropical storm, the Vietnam News portal reported citing national meteorological services.

The typhoon pummeled the Philippines’ main northern island of Luzon on Thursday leaving around 60 people dead. It weakened over land but picked up intensity over water as it continued moving west towards the Asian mainland.

Authorities evacuated over 150,000 people from three provinces believed to be in the path of the storm over the course of Saturday, Vietnam News reported.

Heavy rains, floods and landslides have left some 235 people dead and another 50 missing over the previous month, according to the outlet.