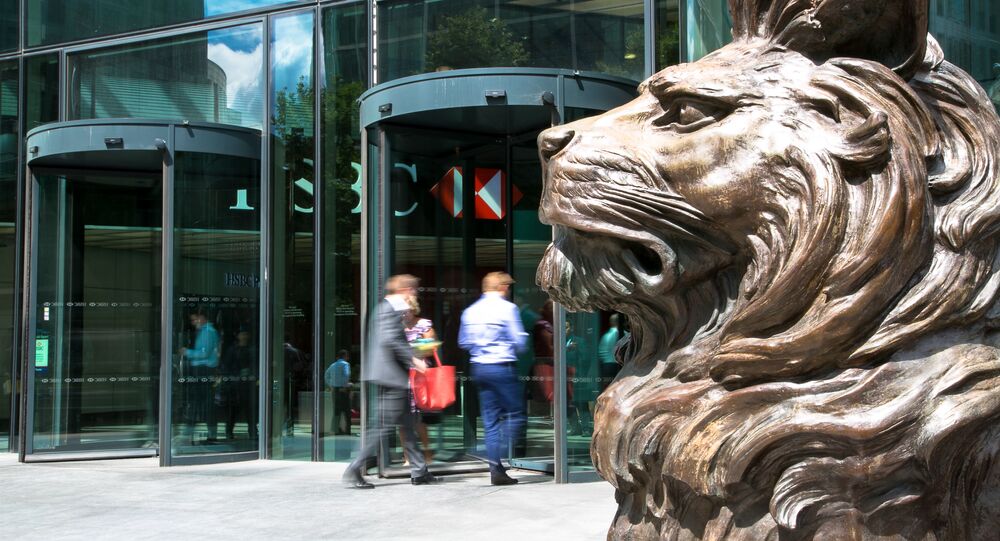 The news comes amid major shifts in the global market, which have seen strong trade in the region despite supply chain disruptions, due to the ongoing COVID-19 pandemic and US trade war on China.

China has surpassed the United States as the largest foreign market for firms in the Asia-Pacific region, a new survey from HSBC Holdings Plc found on Tuesday.

China topped the US by one percentage point for the Asia-Pacific region's biggest trading partner at 29 percent and 28 percent, respectively, the survey revealed.

© REUTERS / HANNAH MCKAY
US To Form Western Pact, Launch Further Restrictions To Counter Beijing Amid Major Push In Trade War
72 percent of respondents held a positive outlook on the next several years compared with 81 percent in 2019, it read.

Further headaches for the Trump administration were noted in the survey, which found that despite Washington's two-year-long campaign with Beijing, American firms were moving to regional hubs in the Asia-Pacific rather than repatriating to the US.

“That regional shift from west to east and the rise of Asia has just accelerated through this. There is this tipping point,” Natalie Blyth, HSBC global head of trade finance said in a statement.

Intra-regional trade had continued to rise amid Washington's protectionist policies and the pandemic, she added.

The news comes as China inked the 15-member Regional comprehensive Economic Partnership (RCEP) in November - the world's largest in history - which includes Five Eyes nations Australia and New Zealand as well as Vietnam, South Korea, Japan and the Philippines, among many others. The deal will cover 2.3bn people and $26.2tn USD, or 30 percent global GDP.

Despite some limitations, RCEP was "an important step in the right direction", Stuart Tait, regional head of commercial banking for HSBC Asia-Pacific, said in a statement on 20 November.

Removing barriers to trade and foreign direct investment could potentially boost Asia's GDP up to 15 percent, he said, citing a 2018 IMF paper, adding that joint research found that open and free trade would boost global GDP by $10tn by 2020.

"Even if RCEP generates only a few percentage points of that, it will help put Asia back on its pre-COVID growth trajectory," he said.

The agreement had managed to unite "fierce competitors" like China, South Korea and Japan to the "same virtual table", he said, adding that issues dividing Asia were "less important than those that unite the region".