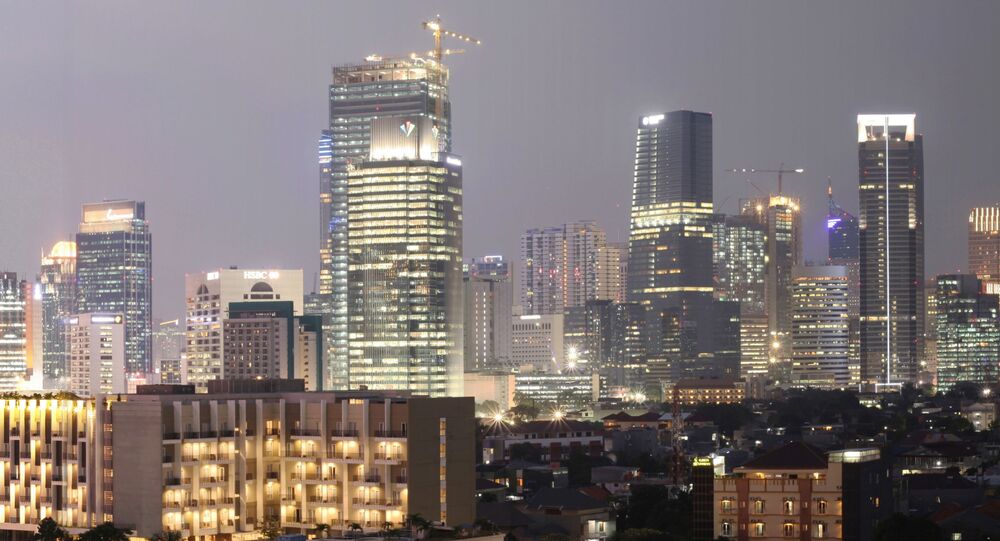 Indonesia’s growing internet market has become an unlikely arena for Chinese and American competition, with tech giants from both countries sinking millions of dollars into local startups as the population’s internet access grows rapidly.

Chinese and American tech firms are rushing to take advantage of Indonesia’s fast-growing internet market, sinking millions into local startup firms dubbed “unicorns” that already sport a value of at least $1 billion. Several big deals have been penned in just the last month, despite a sharp economic contraction due to the COVID-19 pandemic.

“Indonesia, specifically, is the fourth-largest internet population in the world, has a high number of exciting tech start-ups and is the largest market by population,” Pinn Lawjindakul, vice president at Lightspeed Venture Partners in Singapore, told the South China Morning Post (SCMP) on Monday.

“These investments in Indonesia signal the importance of the country and the wider region in the eyes of these global tech giants. This vote of confidence will have a positive ripple effect. More international companies will be driven to follow suit and invest here, which will encourage more innovation and the creation of more start-ups,” she said. “It is a very exciting time for founders and investors in Indonesia and the Southeast Asia region as a whole.”

According to SCMP, US tech companies like Uber are following in the footsteps of Chinese tech firms in choosing to enter new markets by investing in local existing companies, rather than trying to edge their way in using their own products. In 2018, Uber sold all its Southeast Asian assets to Grab, a Singapore-based competitor that dominates the local market. In exchange, Uber got a 27.5% stake in the company.

An Avalanche of Investment

In just the last month, several major deals have been announced.

On November 3, Microsoft announced a “strategic partnership” with Indonesian e-commerce platform Bukalapak to “leverage Microsoft’s expertise in building a resilient cloud infrastructure to support Bukalapak services for more than 12 million micro, small and medium enterprises, and 100 million customers,” according to a news release.

Google has also teamed up with Temasek, Singapore’s sovereign wealth fund, to invest in Bukalapak’s chief rival, Tokopedia. According to Asia Nikkei, the investments bump Google’s holdings in Temasek to a 1.6% stake, or $1.1 million, and Temasek’s holding to a 3.3% stake, valued at $2.37 million.

Japan’s Softbank Group is the largest holder in Tokopedia, with a 33.9% stake in the company, and China’s Alibaba Group, the world’s largest e-commerce retailer, holds a 28.3% stake.

The same day as the Google-Temasek-Tokopedia deal was made public, Amazon said it would be building a $2.8 billion data center to support its cloud computing service in West Java. Provincial Governor Ridwan Kamil boasted the province would soon “have a data center backbone that is capable of serving digital companies across Southeast Asia," according to the Jakarta Globe.

"The BPPT's collaboration with Huawei is a symbol of open innovation as well as part of a commitment to accelerate the creation of a strong, innovation-based digital ecosystem in Indonesia. We hope that this collaboration can become a progenitor to Indonesia's efforts to become more competitive in the context of Industrial Revolution 4.0," Indonesian Research and Technology Minister Bambang Brodjonegoro told the Jakarta Post.

Earlier in the year, PayPal and Facebook-owned messaging app WhatsApp invested an undisclosed amount in Jakarta-based ride-hailing and food delivery app Gojek. According to Reuters, which cited regulatory filings, Facebook acquired a 2.4% stake and PayPal a 0.6% stake in Go-Pay, Gojek’s e-wallet service, as part of the deal. Gojek has also collected investments from Google as well as Chinese firms Tencent and JD.com. According to TechCrunch, the deals collectively amount to $1.2 billion.

The slew of investments is even more notable, given Indonesia’s economic troubles this year. In the third quarter of 2020, the country’s gross domestic product shrank by 3.49%, according to government statistics, and the International Monetary Fund revised its expectations downward in October, saying Indonesia’s GDP could shrink by a total of 1.5% for the entire year instead of the modest 0.3% decline predicted in June.

However, Indonesia isn’t the only place courting widespread tech investment thanks to increasing internet access: “countries such as Singapore, Thailand, Vietnam and the Philippines are also natural candidates for high investment interest in the next few years,” Lawjindakul said.

Many of these countries - but notably not the United States - recently signed on to the Regional Comprehensive Economic Partnership (RCEP) free trade bloc and are participants in China’s Belt and Road Initiative infrastructure project. However, many have also come under pressure from Washington, which seeks to build a regional network to turn them against Beijing’s influence, accusing China of seeking to undermine the “rules-based international order” set up by the US after World War II.

Washington has led the charge against Chinese tech companies in recent years, banning the sale or use in the US of everything from electronic devices and internet service provided by Huawei, ZTE and Xiaomi to ByteDance’s popular video messaging app TikTok, accusing them of being vulnerable to exploitation by the Communist Party of China - accusations Beijing has denied.

“ByteDance is putting a huge amount of money into Southeast Asia, via Singapore, because of US-China tension and India-China tension, so you can clearly see from this that the Chinese companies are putting more money and effort in the region,” Vinnie Lauria, founding partner at Singapore-based Golden Gate Ventures, told SCMP.

Last week, New Delhi banned another 43 Chinese apps, including delivery service Lalamove and Alibaba’s AliExpress, bringing the total of banned Chinese apps to 220 since June, according to Financial Times.