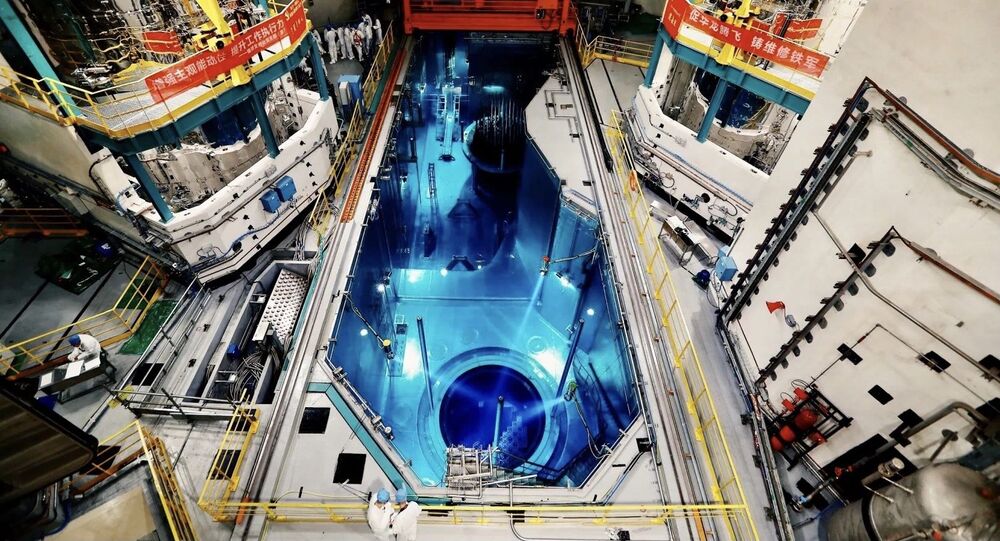 The new development of advanced nuclear reactors is a major step in reducing China’s dependence on Western nations in high-tech sectors in Beijing’s “Made in China 2025” plan.

On Friday, the No. 5 unit at the Fuqing Nuclear Power Plant in China’s Fujian Province was connected to the electrical grid and produced electricity for the first time, CGTN reported. The reactor was of the new Hualong One design - China’s first domestically developed nuclear reactor.

According to CGTN, the third-generation reactor design is among the world’s safest and most advanced nuclear power generators. The reactor has 177 cores, which will be replaced every 18 months for the next 60 years.

According to the South China Morning Post, Hualong One will generate some 10 billion kilowatt-hours of electricity per year and trim carbon emissions by 8.16 million tons. With Beijing aiming to make the country carbon-neutral by 2060, reactors of this type could go a long way toward reaching that goal.

In September, Chinese President Xi Jinping told the United Nations General Assembly that China would be further tightening its carbon emissions goals as part of its commitment to combating climate change. In particular, his commitment to “peaking” China’s emissions before 2030 sets it ahead of the goals set by the 2015 Paris Climate Accord. China is the world’s largest consumer of coal and is responsible for one-quarter of all human greenhouse emissions.

China has 49 nuclear reactors generating a combined electrical output of roughly 47,500 megawatts, according to World Nuclear Association data. Seven more reactors of the Hualong One design are also under construction, and another four have been approved, according to Asia Nikkei. Once they come online, China will surpass France as the world’s second-largest nuclear power producer. The US is the world’s top nuclear power producer.

One of those Hualong One reactors is in Karachi, Pakistan, and CNNC is awaiting export approval to the UK and Argentina as well. The design is intended to compete with US-based Westinghouse’s AP1000 reactor. Ironically, all four AP1000s currently in operation are also in China.

That’s a sharp reversal of policy for most of the last decade. In the aftermath of the March 2011 Fukushima Daiichi disaster in eastern Japan, where an earthquake and tsunami disabled the nuclear power station’s safety systems and caused a meltdown, Beijing placed a moratorium on new plants it only lifted last year. However, construction of the first Hualong One reactor began in 2015.

That same year, Xi unveiled a “Made in China 2025” program that aimed to put the socialist nation at the forefront of 10 emerging technologies, including robotics, aerospace, clean fuel automobiles and even farming equipment. This would enable Chinese industries to compete with the US and Germany abroad as well as filling China’s domestic needs.