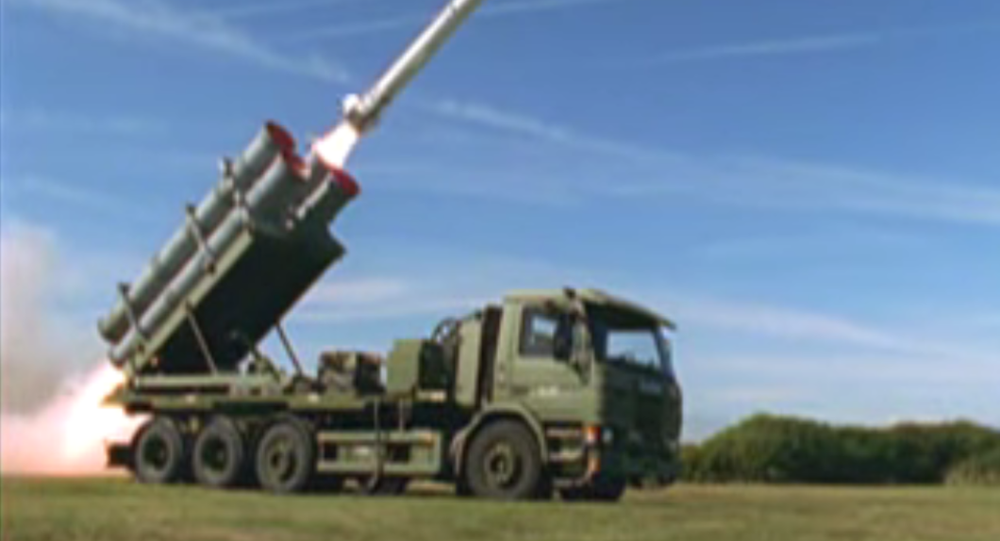 The US State Department has approved the possible sale to Taiwan of 100 Harpoon Coastal Defense Systems and their associated anti-ship missiles - a deal that would cost an estimated $2.37 billion.

In what could potentially be another massive weapons sale to Taiwan, the US State Department has given its approval to a potential deal to sell Taipei 100 Harpoon Coastal Defense Systems, 400 RGM-84L-4 Harpoon Block II surface-launched anti-ship missiles, four exercise missiles, 25 radar trucks and a host of other related equipment.

According to the Monday announcement by the US Defense Security Cooperation Agency, the deal could cost $2.37 billion.

The administration of Taiwanese President Tsai Ing Wen noted its interest in the Harpoon missile systems in May. The Republic of China Armed Forces already use the air-launched version of the Harpoon, the AGM-84.

While the RGM-84 is designed to be launched from surface warships, the missile is also capable of being fired from land-based installations or even trucks; however, only the Royal Danish Navy has been known to operate such a system, which was retired in 2003.

On October 21, the US State Department approved two other massive sales to Taiwan: $436 million in High Mobility Artillery Rocket Systems (HIMARS) and their missiles and $1 billion in AGM-84H Standoff Land Attack Missile Expanded Response (SLAM-ER) weapons and related equipment. The SLAM-ER is a land attack derivative of the Harpoon.

Since US President Donald Trump took office in 2017, the US has furnished Taiwan with more than $15 billion in weapons, including advanced F-16V "Viper" interceptors.

The Chinese government has strongly protested US weapons sales to Taiwan. Beijing views Taiwan as a wayward province in rebellion and part of its sovereign territory, and thus sees US aid to the Taiwanese government as meddling in China's internal affairs. Both Taipei and Beijing claim to be the sole legitimate representatives of the Chinese people, but since the US has officially recognized Beijing in that capacity since 1978 and not Taipei, its aid to Taiwan is seen as a violation of that agreement.

The Chinese Foreign Ministry has vowed to issue economic sanctions against US defense contractors such as Lockheed Martin, Raytheon and Boeing, the latter of which manufactures the Harpoon and associated missiles, for their sales of weapons to Taiwan.