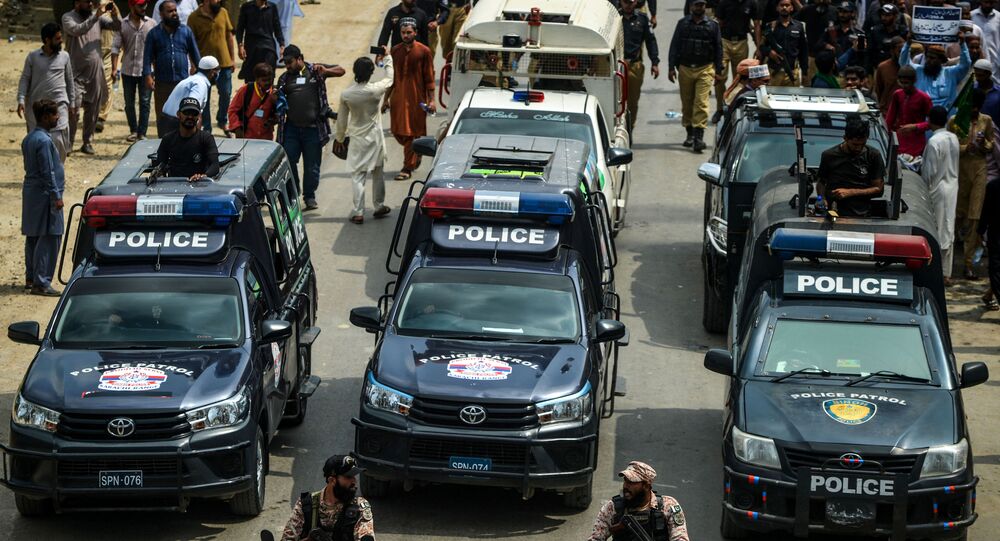 A day after an alliance of opposition parties held a massive anti-government demonstration in Pakistan’s largest city Karachi, son-in-law of former Prime Minister Nawaz Sharif Muhammad Safdar was briefly arrested. The rallies are being held in Pakistan to campaign for the removal of the Imran Khan government.

Over a dozen high-ranking police officials in Pakistan applied for leave on Tuesday to protest the “mishandling and ridicule” of Sindh Inspector General of Police (IGP) Mushtaq Mahar during the arrest of the husband of former prime minister Nawaz Sharif’s daughter, Retired Captain Mohammad Safdar Awan. He was arrested after a protest rally was instigated by opposition parties; Sharif's daughter Maryam Nawaz had given a speech at the rally.

“The recent episode of registration of FIR against Capt (R) Safdar in which police high command has not only been ridiculed and mishandled, but all ranks of Sindh police have been demoralised and shocked," the letters of officers, which went viral on Twitter, read.

The matter was resolved after senior police officer Mushtaq Mahar, who was alleged to have been abducted by opposition parties and journalists during the arrest on Monday, deferred his leave and asked his officers to follow his lead.

After IG, AIG HQ, DIG's and SSP's, SHO's have started submitting their applications for leave to raise voice against puppet regime. #WeStandWithSindhPolice pic.twitter.com/8MzjEihc4u

The decision by Mahar came after Pakistan Army Chief Qamar Javed Bajwa intervened in the matter and ordered an investigation into the “incidents” that took place in Karachi, where Safdar was arrested from his hotel room.

The Sindh police in a series of tweets said: “The unfortunate incident that occurred on the night of 18/19 October caused great heartache and resentment within all ranks of Sindh Police.”

An alliance of nine major opposition parties called the Pakistan Democratic Movement (PDM) has begun a nationwide agitation campaign, accusing Imran Khan of rigging the 2018 election and coming to power with the support of the Pakistani Army.

Meanwhile, the 11-party opposition alliance is set to hold a third rally on the upcoming Sunday to demand Prime Minister Imran Khan’s resignation over soaring food prices and alleged corruption.

15 Killed as Stampede Breaks Out Near Pakistani Consulate in Afghanistan

At Least 3 Dead, 15 Injured in an Explosion in Pakistan’s Biggest City Karachi Amid Political Crisis