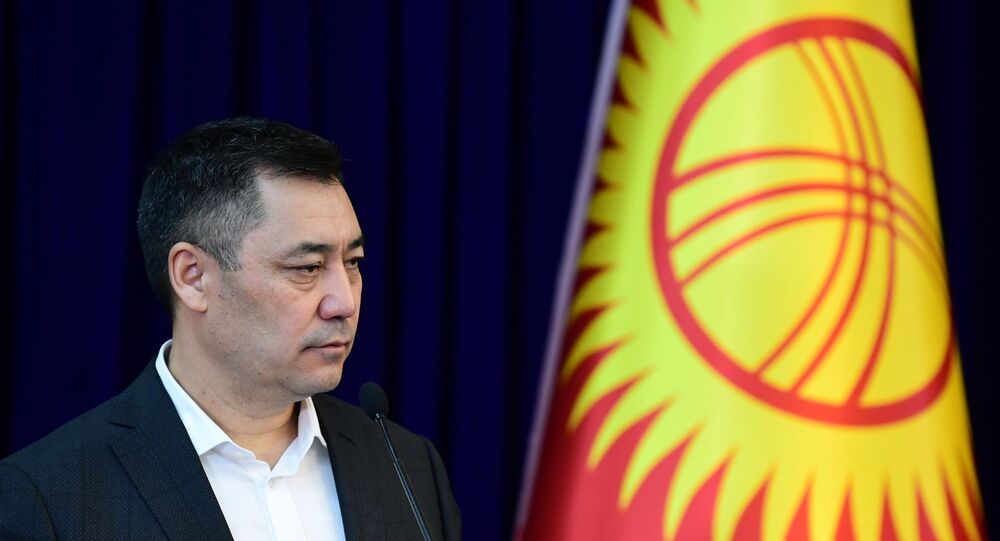 Deputy Speaker of the Kyrgyz legislative body said earlier in the day that the Parliament will review the Cabinet and the programme proposed by Japarov, adding that lawmakers would not consider another candidate for the post of prime minister.

The Kyrgyz Parliament has approved the new Cabinet headed by Prime Minister Sadyr Japarov, who was nominated for the post earlier this week, a Sputnik correspondent has reported.

Japarov's candidacy, programme and Cabinet have been supported unanimously by the Kyrgyz legislators.

After the parliamentary session, the new Prime Minister revealed to reporters when Kyrgyz President Sooronbay Jeenbekov may step down.

"The President has said that after the new Cabinet is approved and all related procedures are completed, he would resign within two or three days", Japarov said.

"We have much in common, including in geopolitical terms", Japarov said at a press conference.

The Cabinet reshuffle comes amid political turmoil in the Central Asian nation that has been going on for almost a week. The tensions erupted after the country's opposition refused to accept the results of the parliamentary vote. The unrest in Kyrgyzstan has left one person killed and more than 1,000 people injured.

Earlier this week, Japarov was nominated as the new Prime Minister to replace Kubatbek Boronov who was officially dismissed on Friday with his Cabinet. Nevertheless, Japarov's candidacy was rejected by some opposition parties.

The new prime minister said earlier in the day that his pick for the ministerial positions was final and that he was ready to take responsibility for further developments in the country.