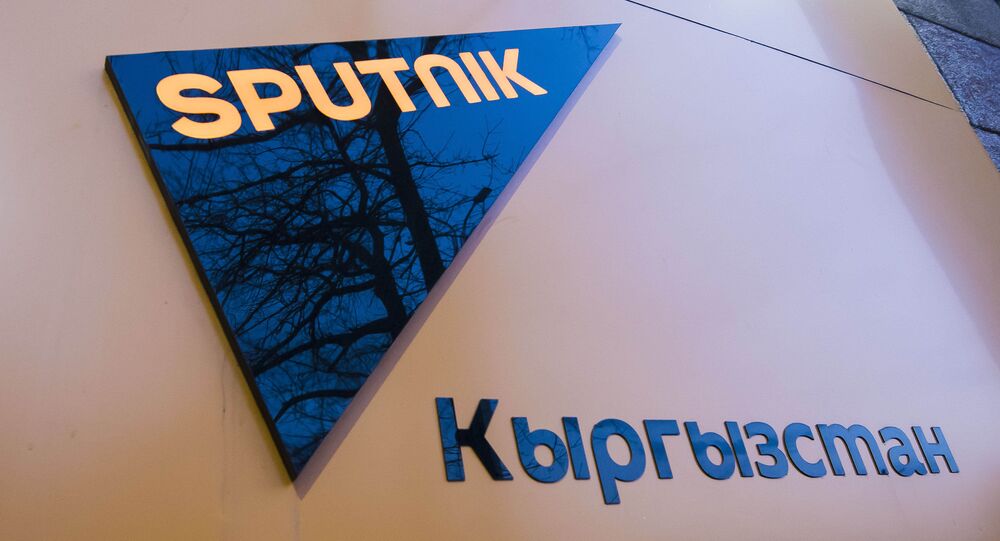 As the rallies against the results of the parliamentary vote have been rocking the country since October 5, Sputnik Kyrgyzstan staff had received threats on social media believed to be from supporters of Sadyr Japarov, the Kyrgyz politician who was nominated for prime minister on Tuesday despite large swathes of MPs rejecting his candidacy.

A group of unknown men approached Sputnik Kyrgyzstan news agency's office on Saturday morning, demanding that the outlet's reporters go to central Bishkek to cover a rally in support of opposition politician Sadyr Japarov, according to a video posted on Facebook by Sputnik correspondent Azamat Aralbayev.

In the video, Ehrkin Alymbekov, Sputnik Kyrgyzstan's editor-in-chief, explains that a group of men knocked on the agency's door, told a security guard that Sputnik's team were being given half an hour to start covering pro-Japarov rallies; and threatened that otherwise they would return and cause damage to the agency's office.

Sputnik Kyrgystan has faced threats throughout the last couple of days amid protests. On Friday, Ehrkin Alymbekov said that "threats and calls for arson attacks" were appearing on social media under Sputnik Kyrgyzstan's posts. The threats are believed to have been made by Japarov's supporters.

Mass protests erupted in Kyrgyzstan on 5 October in response to what many considered to be an unfair general election. Protesters, led by supporters of the parties which failed to pass the threshold for winning seats in the parliament, clashed with law enforcement officers and stormed the parliament building, which also serves as the office of the Kyrgyz president.