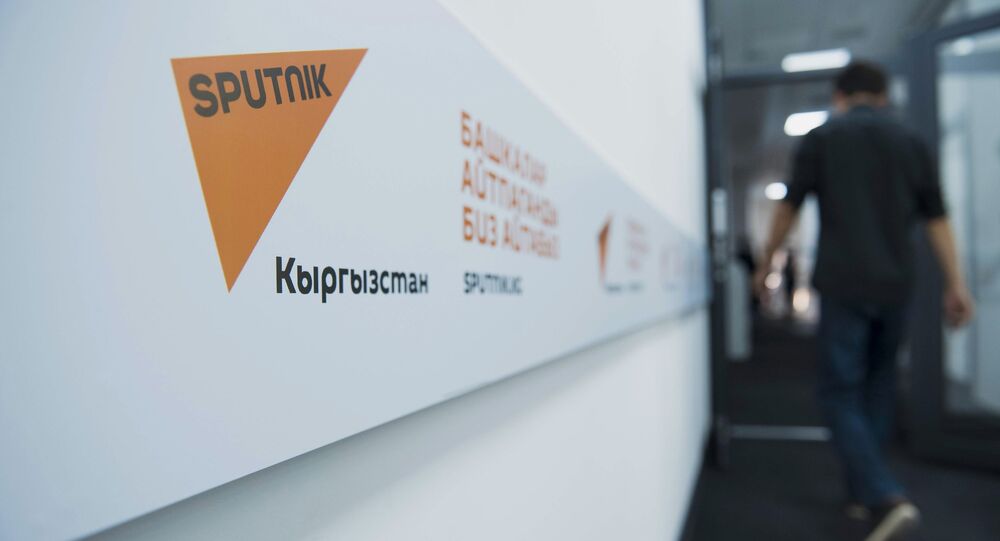 MOSCOW (Sputnik) - Sputnik Kyrgyzstan has been receiving threats through comments to its posts on social media believed to be from supporters of Sadyr Japarov, the Kyrgyz opposition politician who was appointed as prime minister by some legislators, Ehrkin Alymbekov, the news agency's editor-in-chief, said on Friday.

"Threats and calls for arson attacks are appearing on social media under [Sputnik Kyrgyzstan's] posts. Moreover, colleagues from other media outlets are warning us that small groups of people at the Old Square [in Bishkek], where rallies of Japarov's supporters were held, are planning to 'attack' foreign media outlets, including Sputnik", Alymbekov said.

For security reasons, the editor-in-chief has asked the agency's correspondents covering the protests in the city to remove Sputnik Kyrgyzstan badges.

"Our employee, who is now at a rally of Japarov's supporters at the Old Square near the government building cannot broadcast live, because the crowd is very aggressive toward all media representatives and it is very dangerous to work there now", Alymbekov said.

Earlier in the day, Kyrgyz President Sooronbay Jeenbekov signed a decree officially dismissing Prime Minister Kubatbek Boronov. However, he and his cabinet are expected to continue performing their duties pending the formation of a new one. A power struggle is now unfolding between supporters of Japarov and the ones who back Omurbek Babanov, who was nominated prime minister by other opposition parliamentary parties on Friday morning.

Mass protests erupted in the former Soviet Central Asian republic on Monday in response to what many considered to be an unfair general election. Protesters, led by supporters of the parties which failed to pass the threshold for winning seats in the parliament, clashed with law enforcement officers and stormed the parliament building, which also serves as the office of the Kyrgyz president.

In a sign of a split in their ranks, some Kyrgyz opposition parties have refused to recognise Japarov. The dissenters had formed an opposition council, called for the president's impeachment and the parliament's dissolution, and vowed to elect another prime minister.

The unrest in Kyrgyzstan has left one person killed and more than 1,000 people injured.