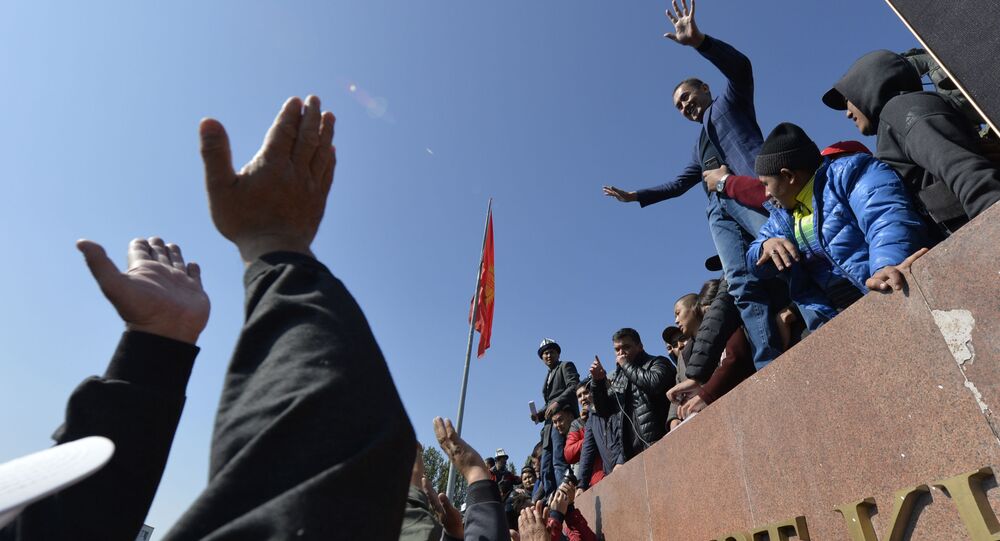 BISHKEK (Sputnik) - The whereabouts of Kyrgyz President Sooronbay Jeenbekov are uncertain, and the Interior Ministry is not engaged in searches as it is focused on stabilisation efforts, acting Interior Minister Kursan Asanov said on Thursday.

"We are not aware of his whereabouts. We are not looking for him, we have many other things to do right now, the most important thing is to establish order", Asanov told reporters.

Early this week, violent protests against the results of parliamentary elections occurred in Kyrgyzstan. Over 900 people were injured and one person was killed in clashes between protesters and the police. The Central Election Commission later annulled the results of the vote. Prime Minister Kubatbek Boronov tendered his resignation, while Jeenbekov, according to his press secretary, remained in Bishkek tp "control the situation". The president has repeatedly called on the opposition forces to launch a dialogue, but no official negotiations have been held so far.