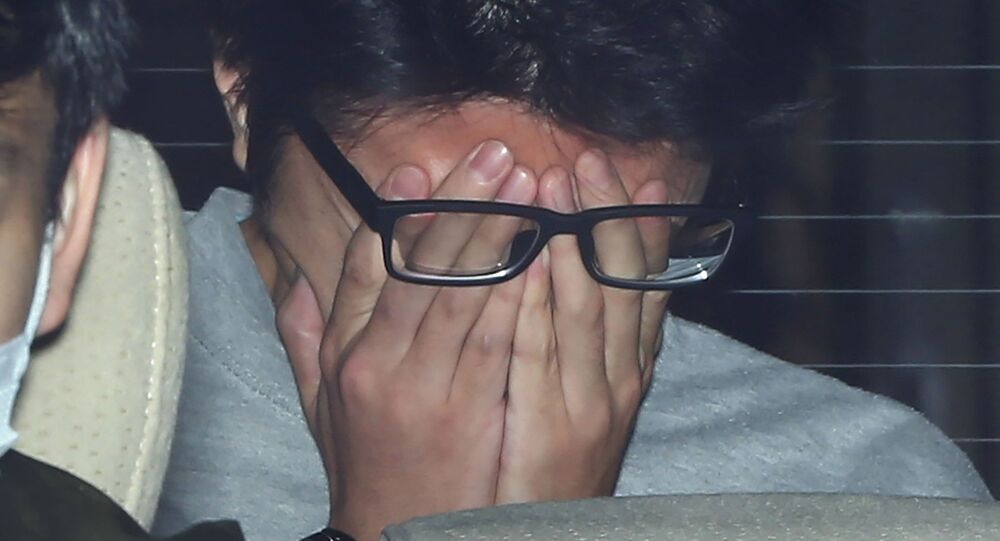 "Twitter killer" Takahiro Shiraishi has pleaded guilty to killing nine people after contacting them on the social media platform, in a terrifying case that shocked Japan in 2017, The Japan Times reported.

The 29-year-old man told the Tachikawa branch of the Tokyo District Court that the allegations against him were "correct".

However, his lawyers argued that the charges have to be reduced as Takahiro Shiraishi's victims had expressed suicidal thoughts and gave their consent to be killed, reports say.

If convicted of murder, Shiraishi faces the death penalty, which is carried out by hanging in Japan.

© AFP 2020 / STR / JIJI PRESS
Japan's 'Twitter Killer' Who Preyed on Suicidal People Charged With Nine Murders
The defendant is accused of using Twitter to get in contact with victims aged between 15 and 26 who shared online posts about suicidal thoughts, telling them he could assist them in their plans, or even die alongside them.

Shiraishi was arrested in 2017 after police started a probe into the disappearance of a 23-year-old woman who had allegedly tweeted about wanting to kill herself. Her brother reportedly gained access to her Twitter account and noticed a suspicious handle of a person she chatted with.

Soon afterward, police conducted searches of Shiraishi's house and found nine dismembered bodies, with as many as 240 bone parts stored in coolers and toolboxes, that had been sprinkled with cat litter in an attempt to hide the evidence.