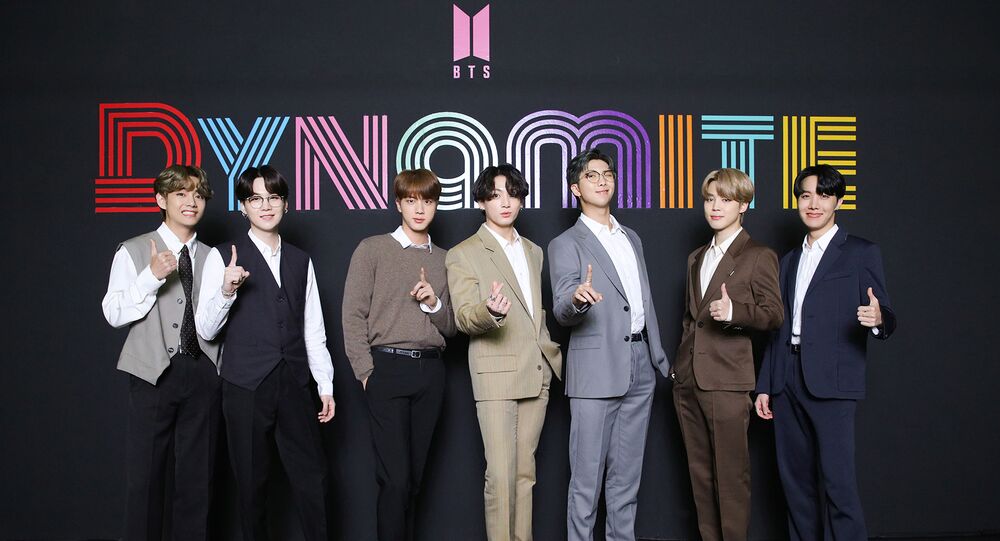 The band's first all-English language single "Dynamite" recently topped the US Billboard music chart. The song's video on YouTube has already had more than 284 million views.

Members of popular South Korean K-Pop band BTS will become multimillionaire shareholders after receiving shares in their label, Big Hit Entertainment, as it prepares an initial public offering (IPO) that could raise up to 962.6 billion won ($811 million), according to Reuters.

Last month, Big Hit CEO and largest shareholder Bang Si-hyuk gave 478,695 common shares to the seven BTS members. According to his statement, the move was meant to "strengthen long-term partnership with major artists and boost morale."

If the IPO is priced at top of its range next month, each member of the band will get 9.23 billion won of shares. Big Hit plans to offer about 7.1 million shares at an indicative price range of 105,000-135,000 won per share, the agency added.

Kim Hyun-yong, an analyst with eBEST Investment & Securities, believes that plans of the label's IPO may be interpreted as an attempt to bind the BTS members and the label more closely together.

Apart from that, BTS members will have to enter military service in the coming years (which is mandatory in South Korea). In view of this, the label has to think in advance about ways to diversify its revenue sources, the expert believes.

"There is the military issue, but if there is no legal exemption, Big Hit is expected to either set up units with the remaining members or pursue solo acts while they serve in the military," Kim Hyun-yong said, as quoted by Reuters.

BTS, also known as the Bangtan Boys, is a seven-member South Korean boy band. Its formation began in 2010 and the band debuted in 2013 under Big Hit Entertainment. Earlier this week, BTS scored Korea's first-ever no. 1 spot on the main US Billboard music chart with its song "Dynamite". A Youtube video for the song has garnered more than 284 million views already.