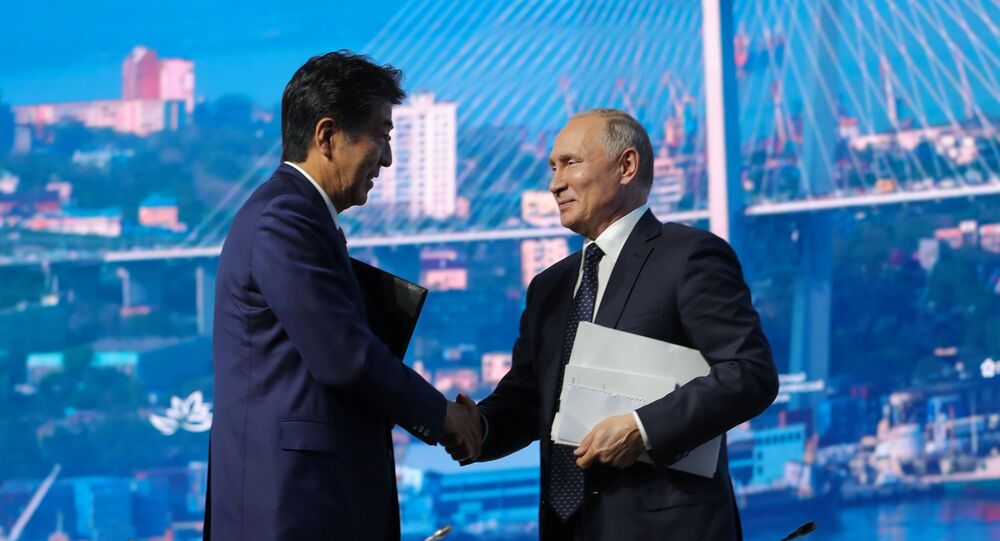 MOSCOW (Sputnik) - Japanese Prime Minister Shinzo Abe said Friday he was sorry to leave before he could sign a peace treaty with Russia.

"It is a pity that I was unable to resolve the abduction issue myself. It breaks my heart to leave office without realising my ambition of signing a peace treaty with Russia, passing a constitutional amendment", Abe told a press conference.

He confirmed that even after his resignation Tokyo will be moving towards concluding a peace deal with Moscow.

"The strong relationship that has developed between Prime Minister Abe and Russian President Vladimir Putin will be inherited by the next prime minister", Suzuki said.

According to him, the Japanese-Russian relations will continue to follow their current course and Tokyo will strive for further development.

The long-time head of government, Abe, announced his resignation earlier in the day, citing health issues. He will head the government until the next prime minister is appointed. According to Kyodo, former Foreign Minister Fumio Kishida has meanwhile voiced eagerness to be Abe's successor.

A peace treaty between Russia and Japan was not concluded after WWII due to a territorial dispute over four islands along the Greater Kuril Ridge. Moscow maintains that Russia's sovereignty over the islands, which became part of the country after the war, is not up for discussion.