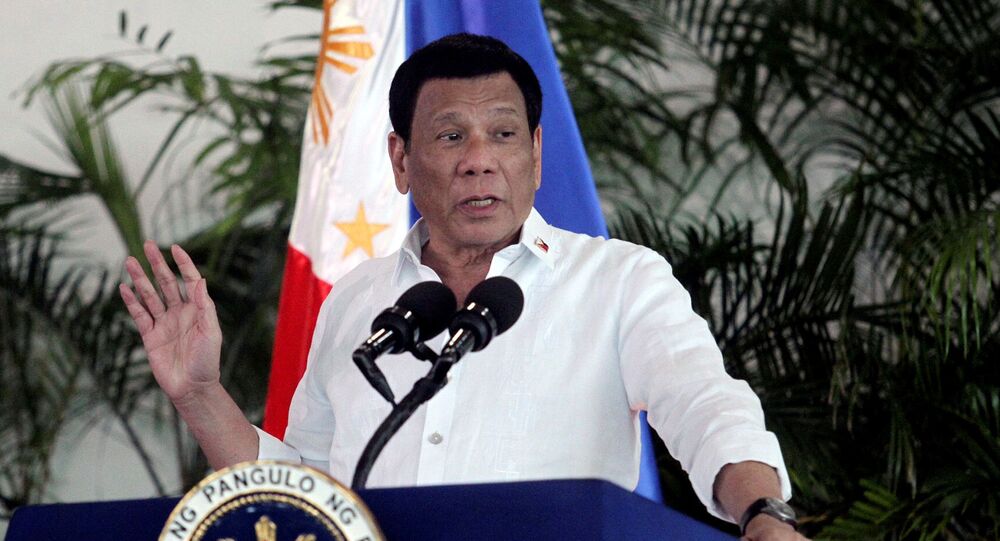 'Enter the Police Force', Philippine President Tells Doctors After They Complain About Wages

The politician, known for making controversial and provocative statements, accused doctors and nurses of demeaning the government after they warned of a collapse of the healthcare system due to an overload of coronavirus cases. The country has seen a rapid increase in new infections, with the total number surpassing the 100,000-mark.

Philippine President Rodrigo Duterte told local doctors and nurses to look for jobs in law enforcement if they want higher salaries. "Enter the police force. The salary is higher. If you remain a nurse outside, you only get about eight, nine, ten [thousand Philippine pesos]", Duterte said in a taped speech.

Duterte lambasted the country’s healthcare workers for criticising the government’s response to the coronavirus outbreak and for issuing a list of recommendations that would help authorities to curb the spread of the disease.

"Do not try to demean government. You’re not actually criticising. You demean my government, your own government. There is no need for you and for the guys, 1,000 of you, telling us what to do publicly. You could have just wrote us a letter. We are not incompetent because we are not doctors. You should do the soul-searching, not us. You could be helping but all you do is complain…What can I do? I have always been praying to God for a vaccine", Duterte said.

At the same time, at a government meeting Duterte acknowledged that the health workers were exhausted from the months-long battle against the coronavirus, during which some medical workers have had to work for more than 24 hours. But then he again attacked the medical community for its warning that the country’s healthcare system may collapse amid the rise in cases.

"Next time, don’t say 'revolution'. That’s more dangerous than COVID-19. If you mount a revolution, you will give me a free ticket to stage a counter-revolution. How I wish you would do it", the president said.

Dr Antonio Dans, spokesperson for a local organisation called the Healthcare Professions Alliance Against COVID-19, defended the healthcare workers and dismissed the president’s claim that they were calling for a revolution.

"We are not calling for a revolution…I hope they will understand. Nobody called for a revolution. But we find that their reaction is not fast enough and the pandemic is getting worse so we said 'Let’s ring the alarm signal'. And if we are raising the alarm, we cannot just knock and seek an audience with the President, right?" Dr Dans said, adding that it would not be easy to schedule a meeting with the president in order to inform him about the workers’ concerns.

The development comes as the Philippines has recently seen an unprecedented spike in new coronavirus cases. On 2 August, the country recorded almost 5,000 new infections. The total number of cases now stands at more than 106,000. However, the South-East Asian country has a relatively low mortality rate, while the death toll from the disease stands at 2,104.

Despite the aggressive rhetoric, the Philippine president has approved additional benefits for health workers – risk allowance, life insurance, free transportation and accommodation, as well as free testing for the coronavirus. Duterte also heeded the doctors' concerns and introduced a lockdown in Metropolitan Manila, the second most populous region in the country, that will last until 18 August.