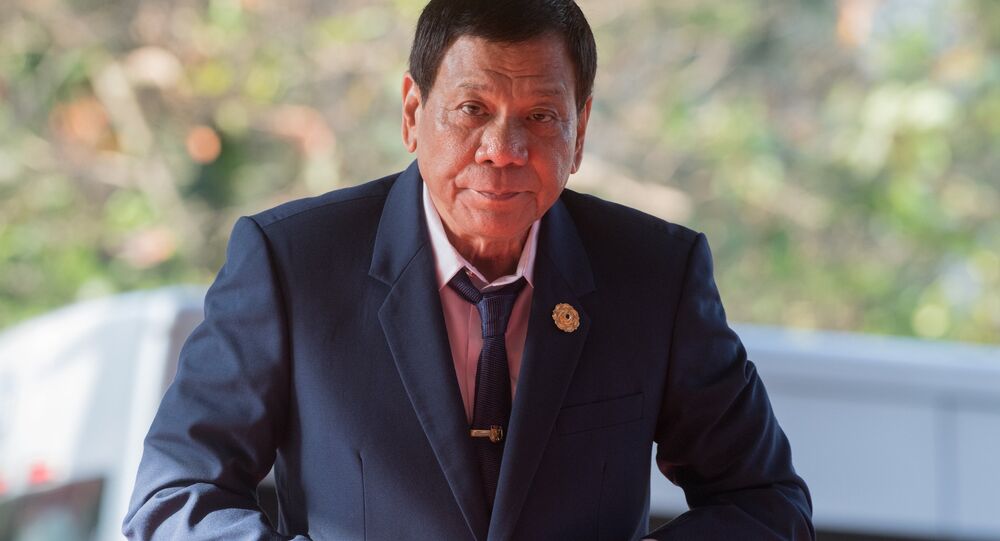 As Duterte explained, his country doesn't have "enough money to address the pandemic" and thus needs to "be very circumspect" when it comes to reopening its economy.

President of the Philippines Rodrigo Duterte has recently warned that, despite his country being on the brink of a recession, fully reopening the economy amid the ongoing coronavirus pandemic may not be a very good idea, Vice News reports.

According to the media outlet, Duterte announced that he intents to reopen the economy partially, in order to both save people's livelihoods and at the same time to avoid making the same mistakes as world leaders such as US President Donald Trump and Brazilian President Jair Bolsonaro.

"We are poor. We cannot afford total pandemonium", Duterte said. "If we follow the examples of other countries by opening our entire economy and thousands upon thousands of new cases happen—then we are in deep sh*t."

The president also went on to caution against doing the kind of "bold actions" of countries such as the United States and Brazil, arguing that the Philippines "don’t have enough money to address the pandemic" and thus has to "be very circumspect in the reopening of our economy".

"Now what really happened in these countries was that although they opened their economy for money to come into the government coffers, there was a spike [in cases]. They faced problems with relapses", Duterte remarked.

As of 9 July, some 50,359 COVID-19 cases and 1,314 deaths have been reported in the Philippines, according to data provided by the World Health Organization.