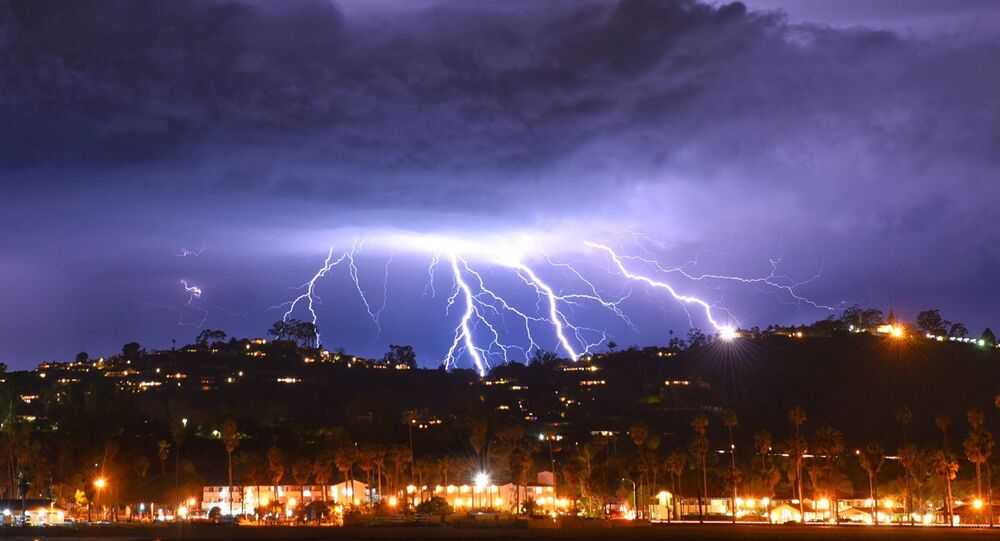 NEW DELHI (Sputnik) - At least 23 people died on Saturday in the Indian state of Uttar Pradesh after being struck by lightning, the country’s NDTV broadcaster reports on Sunday, adding that 29 others suffered injuries.

According to local officials, deaths were registered in the districts of Allahabad, Mirzapur, Kaushambi, Jaunpur, and Bhadohi, the broadcaster reported.

The broadcaster added that 29 others are being treated for severe burns after being hit by lightning strikes.

Chief Minister of Uttar Pradesh Yogi Adityanath has offered his condolences to the families of the victims, and has called on local officials to provide 400,000 rupees ($5,356) in compensation to each family affected, the broadcaster said.

According to the newspaper the Hindustan Times, 315 people in the states of Uttar Pradesh and Bihar have died since 15 May from lightning strikes. Many of the victims are farmers who attempt to work during heavy rain and thunderstorms.