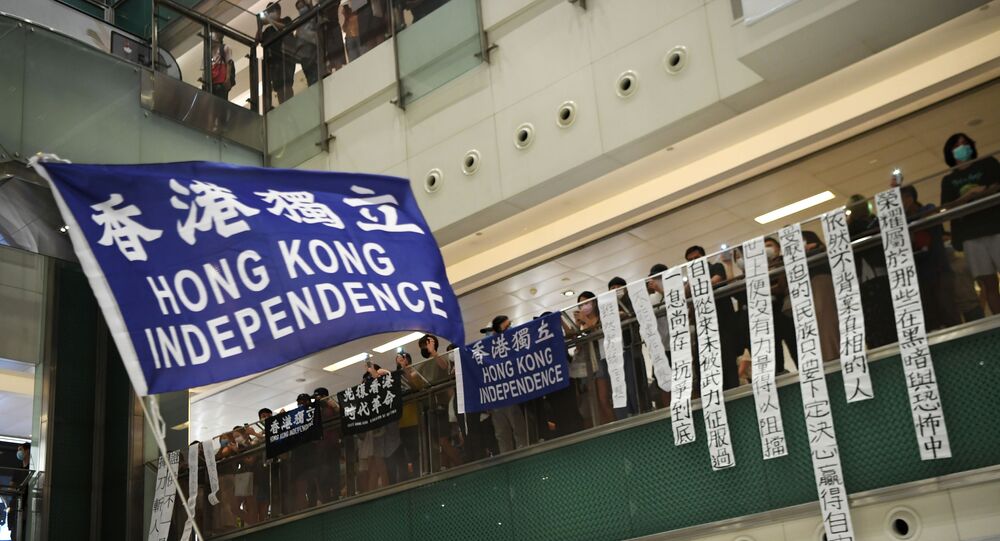 The national security law for Hong Kong was reviewed during a three-day session of China's top legislature, and submitted for a vote on Monday.

The legislature, defining the specific criminal activities that threaten national security, is reasonable, necessary and in line with the Chinese Constitution, according to some Hong Kong deputies to the NPC. It is also justified as its political and legal legitimacy can stand the historical test, which won't change the way people live in Hong Kong or deprive the legitimate rights they enjoy under "one country, two systems" and the Basic Law, observers said.

The law has been included in Annex III of the Basic Law of the Hong Kong Special Administrative Region (HKSAR), taking effect at 11:00 pm on Tuesday and giving a detailed description of four categories of crimes and penalties, namely acts of secession, subversion of state power, terrorist activities, and collusion with foreign or external forces to endanger national security.

And the maximum penalty will be life imprisonment, the legal document shows.

Under the law, the Chinese central government would establish a National Security Office in HKSAR to deal with national security affairs in Hong Kong. The office has ultimate juridical power as it would "have the final say" on national security-related cases and has absolute law enforcement power in the occasion of urgency and necessity.

There is no clause relevant to retroactivity in the law. However, legal experts said they will consider the detailed descriptions of crimes targeting a number of illegal activities amid the social turmoil triggered by the anti-extradition bill movement since June 2019.

For instance, the crimes of subversion also include seriously disrupting and preventing central government agencies or HKSAR government agencies from performing their duties, attacking and vandalizing facilities of these agencies and making them dysfunctional. Violent rioters vandalized the Legislative Council and the liaison office of the central government in HKSAR in 2019 amid social turmoil, which led to severe consequences.

And those who organize, plan, commit or participate in activities that subvert the national system, state power and impede the operations of the central government institutions in Hong Kong face up to life imprisonment; participants would be sentenced for less than 3 years in prison or put in detention.

"The purpose of establishing the law has never been imposing 'maximum retaliation' with no intention of investigating the past or settling accounts. The law is to prevent rioting in the future while giving many people a fresh restart," Lau Siu-kai, a vice president of the Chinese Association of Hong Kong and Macao Studies, told the Global Times on Tuesday.

Such a legal arrangement mirrors the central government's respect for Hong Kong's common law system. The legislation, which does not seek to punish the previous questionable words and deeds by certain Hong Kong residents, shows the central government's thoughtful consideration and meticulous care for Hong Kong. Observers believe the arrangement would reassure and encourage local residents to look forward rather than being stuck in the past.

The new law is believed to have struck a balance between Hong Kong's common law system and the Chinese mainland's civil law system, though stipulations would be different. But it can bring differences together while taking into account the characteristics of the common law, Tam Yiu-Chung, a member of the NPC Standing Committee, told the Global Times on Tuesday.

The law is a powerful deterrent, as some infamous secessionist leaders in Hong Kong such as Joshua Wong, Nathan Law and Agnes Chow announced their withdrawal from their anti-government groups on Tuesday, hours before the legislation was officially enacted. Meanwhile, Demosisto, an organization founded in 2016 and dedicated to secessionist work, also announced to disband its headquarters and members in Hong Kong.

"The law shows that the central government relies, trusts and depends on HKSAR in law enforcement on national security affairs, as the latter bears most of the responsibility," Tam said.

The trial shall be conducted in public, according to the law. If it is not appropriate for public hearings in cases involving state secrets or public order, the press and the public are prohibited from observing all or part of the proceedings, but the decisions shall be announced publicly the law states.

The Secretary for Justice of the HKSAR may, given factors relevant to protecting national secrets or foreign factors, or the personal safety of the jurors and their families, issue a certificate instructing the relevant procedures to be heard without a jury. In those cases, the trial will be conducted by three judges.

The law states that the Committee for Safeguarding the National Security of the HKSAR, led by the chief executive of the HKSAR government, would not be within the scope of juridical review, and its work won't be interfered by any organization, institution and personnel, and remain undisclosed.

"National security affairs are essentially relevant to the authority of the central government, and Hong Kong's legal jurisdiction is conferred by the national law," Tian Feilong, a Hong Kong affairs and legal expert at Beihang University in Beijing, told the Global Times on Tuesday.

The law established by China's top authority is deemed as an act of state, which can't be constrained by local laws in Hong Kong. Similarly, local authorities in Hong Kong do not have jurisdiction over central government agencies, and can't legally challenge them, according to some experts.

"Enacting the law would help rebuild the political mutual trust between the mainland and Hong Kong, which have been severely harmed by the past year's social turmoil. As the city has not been able to fulfil its responsibility to safeguard national security, the central government was worried about the city becoming a pawn of foreign forces, 'one country, two systems' is also facing great challenges," Lau said.

He also noted that due to a lack of a national security law for Hong Kong, the central government was worried about anti-China and anti-central government forces becoming political candidates, which would further threaten the authority of the HKSAR.

© AFP 2021 / ANTHONY WALLACE
Hong Kong Demonstrators Stage Unauthorised Rally Against New National Security Law - Video
However, the local legislation in the HKSAR requires those who take part in election campaigns in the region to take the oath of allegiance to the HKSAR and the Basic Law, which is further clarified in the new law.

The law goes after acts of secession, subversion of state power, terrorist activities, and collusion with foreign or external forces who endanger national security.

As long as this legal loophole is fixed, Hong Kong is likely to carry on its political reform under the Basic Law, which is likely to make universal suffrage possible, Lau remarked.

This article was originally published by the Global Times outlet