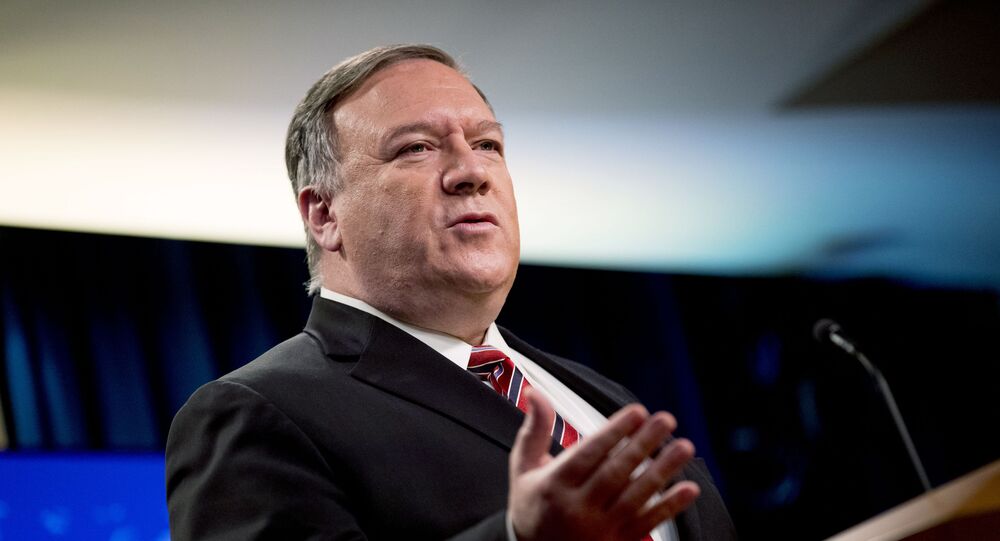 "The CCP’s [Communist Party of China's] draconian national security law ends free Hong Kong and exposes the Party’s greatest fear: the free will and free thinking of its own people," Pompeo tweeted.

"The United States will not stand idly by while China swallows Hong Kong into its authoritarian maw. Last week, we imposed visa restrictions on CCP officials responsible for undermining Hong Kong's autonomy. We are ending defense and dual-use technology exports to the territory. Per President Trump's instruction, we will eliminate policy exemptions that give Hong Kong different and special treatment, with few exceptions," Pompeo's statement reads.

"The United States will continue to stand with the freedom-loving people of Hong Kong and respond to Beijing's attacks on freedoms of speech, the press and assembly, as well as the rule of law, all of which have, until now, allowed the territory to flourish," the statement continues.

​The Secretary of State's comment comes after the US National Security Council (NSC) released a statement Tuesday denouncing Beijing's passage of the national security law.

The new law bans secessionist, subversive and terrorist activities, as well as any form of foreign interference in Hong Kong, which had previously received special accommodation from the US. That included financial support for opposition groups have fueled violent anti-government protests in recent years. Earlier this week, that special status was revoked by Washington, arguing "One China, Two Systems" had ceased to exist.

By contrast, Beijing has strenuously denounced US interference in Hong Kong, arguing that as the city is a part of China, the issue is purely an internal affair. Hong Kong was returned to China by the British Empire in 1997, which had seized it from China as a war prize in 1842.