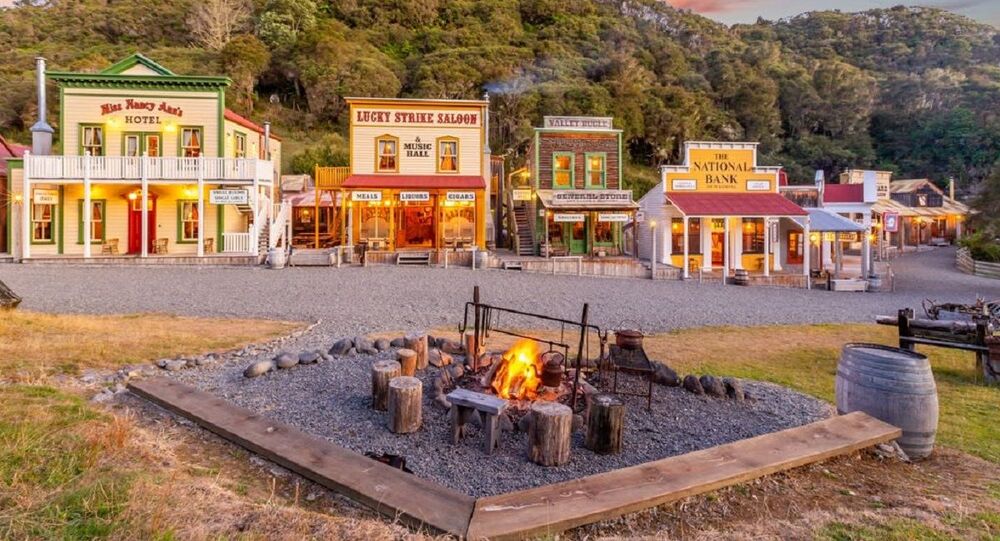 The town in question features some 10 period themed buildings along with a functioning Manuka honey business.

An entire town that was built in 2006 in New Zealand by a "cowboy enthusiast" named John Bedogni is now up for sale, priced at $7.5 million, CNBC reports.

The "old west town", called Mellonsfolly Ranch and located on New Zealand's North Island, "about six hours by car" from Auckland, was apparently constructed as an homage to an 1860s Wyoming frontier town.

The town's highlights include an "authentic and licensed saloon", a courthouse that "doubles as a cinema" and a billiards lounge, the media outlet notes citing a listing from New Zealand Sotheby’s International Realty.

"New Zealand has been in the limelight of late due to its success in battling Covid-19. But even prior to this, New Zealand has long been a desirable place to live due to the enviable quality of life here," Sotheby’s Ben Hawan told CNBC.

Along with some 10 period theme buildings, the town also houses a Manuka honey business which reportedly produced some 15.5 tons of honey in 2019.

The three homes located in the town can accommodate up to 22 people, while the site itself currently operates as a boutique hotel, "with nightly hire-out rates starting from $5,000", the media outlet points out.