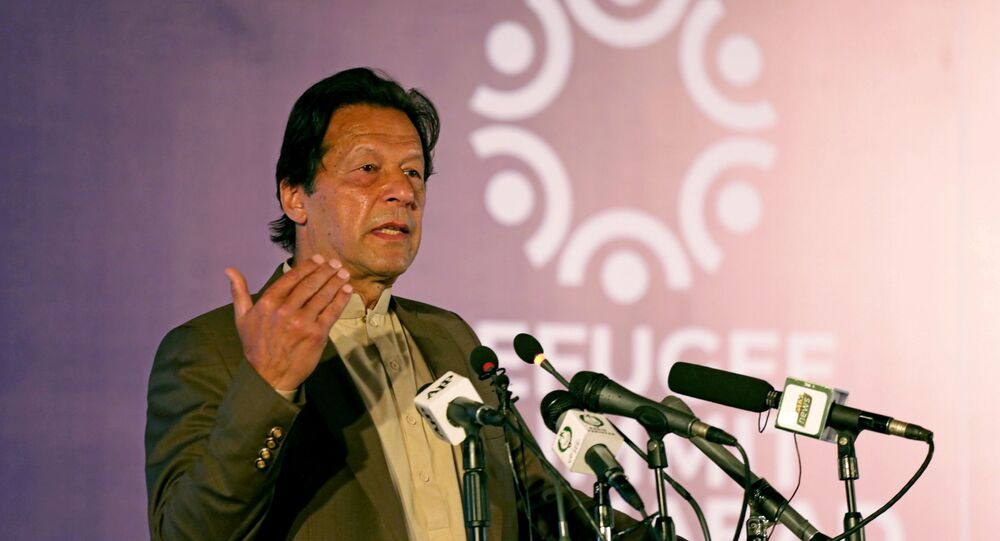 New Delhi (Sputnik): Pakistani Prime Minister Imran Khan misses no occasion to take a shot at his Indian counterpart Prime Minister Narendra Modi about the latter's actions in Jammu and Kashmir. Khan uses terms such as Hindutva supremacist and Nazi-inspired to refer to the Modi-led government.

On the International Day in Support of Victims of Torture, Imran Khan has called upon “the international community to hold India accountable for its human rights abuses in India-occupied Jammu and Kashmir”.

Today on International Day in Support of Victims of Torture, I call on the international community to hold India accountable for its human rights abuses in IOJK where women, men & children have faced pellet guns, sexual assault, electrocution, & physical & mental torture.

​Talking about the atrocities such as women, men, and children having to face pellet guns, sexual assault, electrocution, and physical and mental torture, Khan said in a series of Tweets on Friday: “atrocities by Indian Occupation forces on orders of the Hindutva supremacist occupation Modi government are well documented by UN, human rights organisations, and international media”.

The two countries have been fighting over it since independence and have fought three wars as well. The diplomatic ties between New Delhi and Islamabad completely deteriorated when India revoked the special status of Jammu and Kashmir in August 2019.

Imran Khan on Pakistani-US Relations: 'We Will Not Fight Their War'