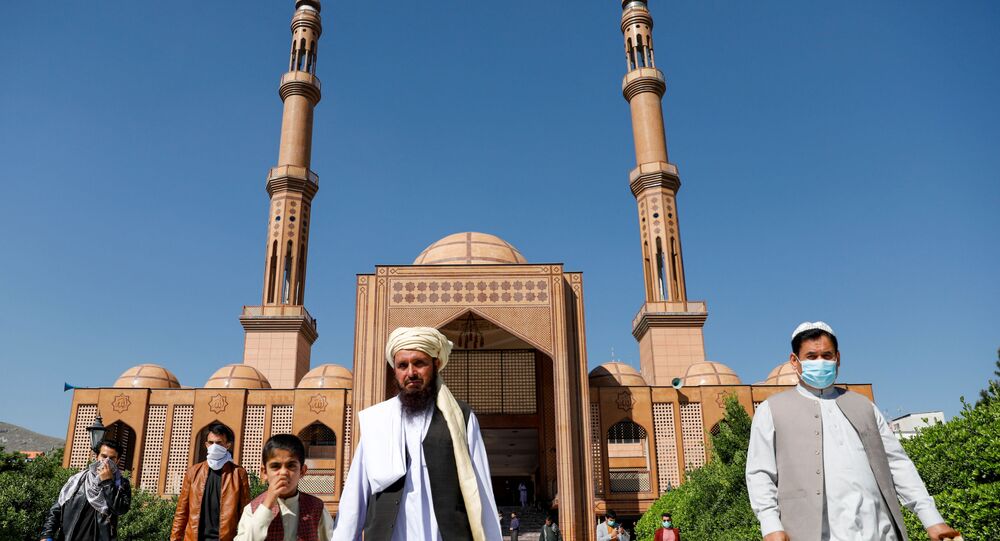 KABUL (Sputnik) - Afghan President Ashraf Ghani strongly denounced the bomb blast at a mosque in Kabul that killed a prominent cleric on Tuesday, saying that the targeting of places of worship, hospitals, and other civilian facilities represents a crime against humanity, according to his office.

Earlier in the day, a source told Sputnik that a bomb blast in Wazir Mohammad Akbar Khan Mosque killed its imam, Mohammad Ayaz Niazi, and a worshiper. Another two people were injured. The interior minister later confirmed the imam’s death.

Ghani has condemned the attack and said that terrorist attacks on mosques, hospitals, civilians and public facilities are a crime against humanity, according to the presidential office.

The president expressed his deepest condolences to the family of Niazi, instructing the authorities to conduct a thorough investigation into the incident and take care of those injured.

The Taliban* group that operates in Afghanistan, in its turn, said on Tuesday they had "heard" that the imam was killed in the mosque attack.

The group's spokesman, Zabihullah Mujahid, said in a statement that the Taliban* condemned the attack and characterized it as a crime.