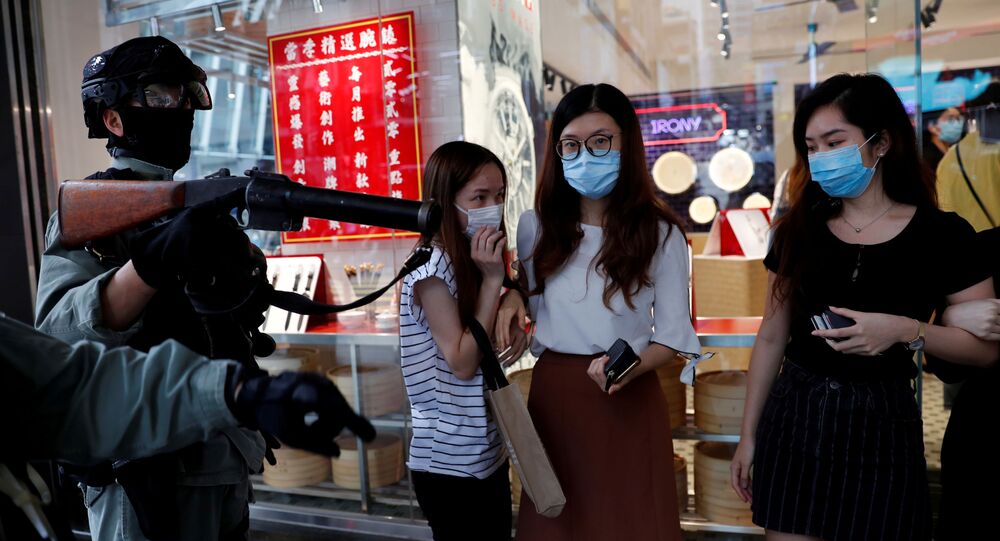 The day before, China's parliament overwhelmingly passed a resolution to draft a law on national security in Hong Kong that would outlaw secessionism in the territory and hefty fines or jail terms for those ridiculing China's anthem among other things.

China is calling on the United States to immediately cease political intrigues around the proposed Hong Kong security bill since this is seen as meddling in the country's domestic affairs, Foreign Ministry's spokesman, Zhao Lijian, said on Friday.

"Requesting a discussion on the matter in the UN Security Council, the US grossly interferes in China's domestic affairs ... We are calling on the US to immediately cease these political manipulations," Zhao said at a briefing.

"If the US continues to insist on meddling, China is ready to implement necessary countermeasures," Zhao added.

The day before the UK joined Australia, Canada and the US in criticising China’s decision to impose a new national security law on Hong Kong.

A resolution to draft a law on national security in Hong Kong was passed on 28 May with 2,878 lawmakers supporting it, while one voted against and six others abstained.

Under this resolution, the National People's Congress Committee has been charged with writing a bill on Hong Kong's security.

According to the media reports, the new legislation would require Hong Kong’s regional government to set up new institutions that would guarantee the safety of civilians.

Prior to the voting, US Secretary of State Mike Pompeo told Congress that Washington would have to reconsider the level of autonomy in Hong Kong if the new legislation is passed, while US National Security Adviser Robert O'Brien said that Beijing could face sanctions if the US finds that Hong Kong's autonomy has been compromised.