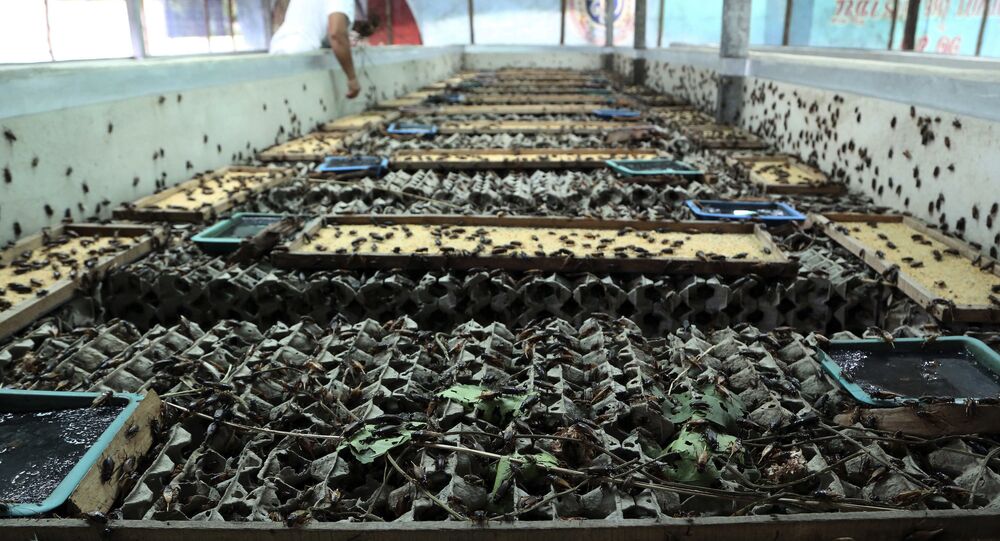 Myriads of desert locust have been flooding the Middle East and the Horn of Africa, reaching parts of South Asia. And Thailand is facing another cataclysm following heavy rains this weekend, and few people would envy citizens of this tropical country, not with insects on the loose.

A Thai couple from Uthai Thani province were driven out of their home after a swarm of “stinking” beetles invaded their property, attaching themselves all over the place, including walls and ceiling, the Nation Thailand reported, providing photos of the creepy encounter.

The beetles were leaving a very unpleasant smell, house owner Jetsada Phaibong and his wife say, forcing the couple to sleep outside.

Phaibong believes that the number of invaders may reach a million now, and despite being “frantically” swept away and undergoing an insecticide treatment, they were not willing to live the couple’s friendly home, prompting the house owners to resort to local authorities for help.

© REUTERS / Baz Ratner
Year of Calamity? Plague-like Locusts Return to Pakistan and India, Endangering Food Security
According to the media’s report, the invasion could be linked to heavy rains that took place in the province on Sunday night. It is now a southwest monsoon season in Thailand, as warm and moist air is moving towards the country from the Indian Ocean, bringing heavy rains with it.

Meanwhile, nations in the East Africa, and now India and Pakistan, have been facing a catastrophic locust plague since last year, with swarms consisting of hundreds of millions of insects distracting local crops and endangering food security of the whole region.