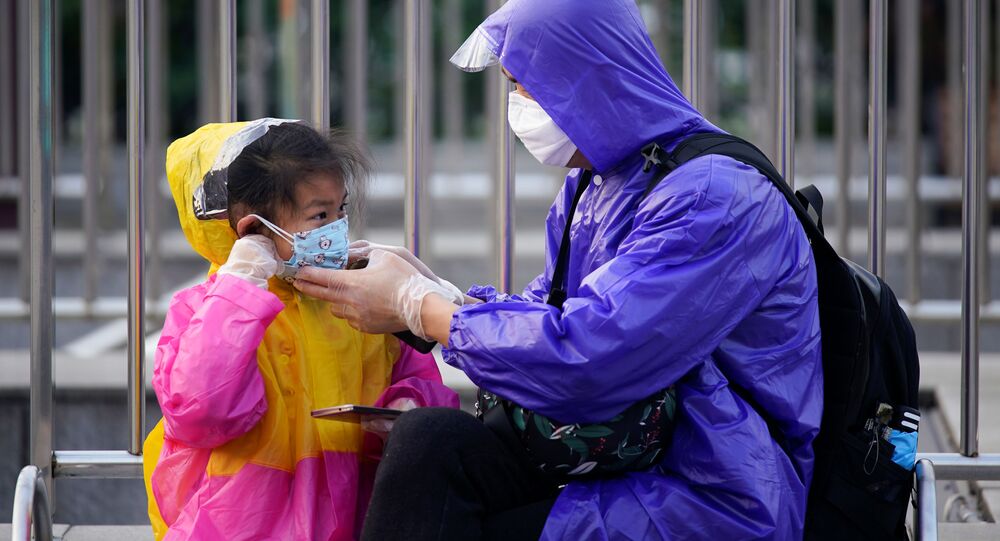 BEIJING (Sputnik) - A version of events circulating in US media that COVID-19 allegedly leaked from a laboratory in Wuhan has no scientific evidence behind it, Chinese Foreign Ministry Spokesman Zhao Lijian said.

"As for the so-called leak of the virus and other assumptions, they have no scientific evidence", Zhao said at a briefing.

Earlier in the day, the Fox News broadcaster reported, citing informed sources, that the first carrier of COVID-19 had worked in the laboratory of the Wuhan Institute of Virology. Sources who have seen some classified materials believe that the coronavirus originated in the laboratory not as a bioweapon, but as part of Beijing's intention to show the United States its greater capabilities in the field of identifying and combating viruses.

© AP Photo / J. Scott Applewhite
US Senate Investigates Allegations WHO Helped China Hide Virus Threat - Letter
US officials, including President Donald Trump, have repeatedly accused China of attempting to cover-up the coronavirus outbreak at first, and later launching a disinformation campaign to suggest that the coronavirus may have originated in the United States, something denied by Beijing.

US Joint Chiefs of Staff Chairman Mark Milley told reporters on Tuesday that "the weight of evidence" seemed to indicate that the ongoing coronavirus pandemic had natural causes. He admitted, however, that the data available to the US military on the matter looked "inconclusive".

Various media outlets have published reports suggesting China created the coronavirus, which has caused the ongoing deadly outbreak, in a laboratory in Wuhan. China has repeatedly dismissed these claims and called on Washington to stop shifting responsibility for wasting time it had to prepare for the pandemic on others.