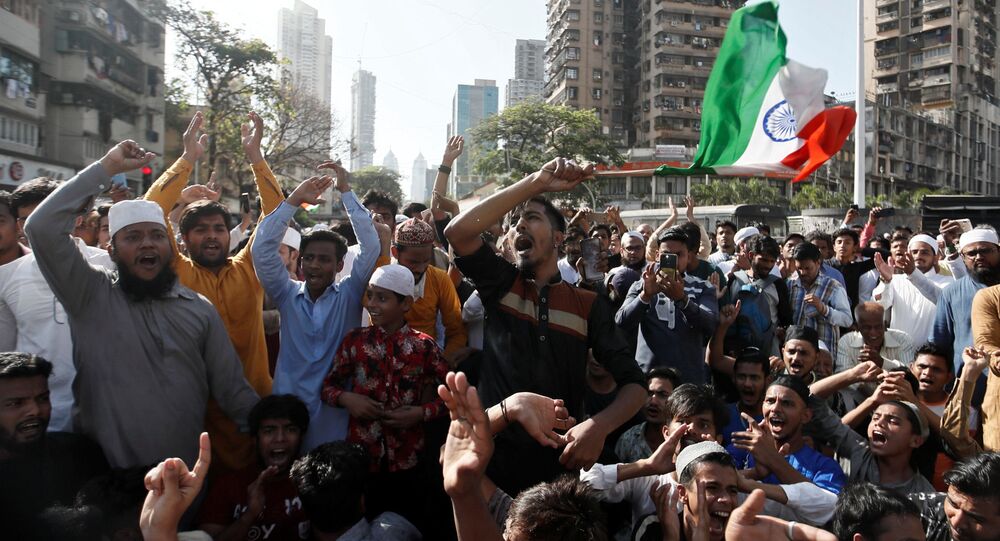 New Delhi (Sputnik): Ever since the Citizenship Amendment Act (CAA) was passed in parliament in December 2019, there have been protests in the country, as opponents of the law claim that it is against the secular nature of the Indian Constitution and discriminates against the Muslim community.

The move defies the government’s request to not hold gatherings or protests in the wake of the coronavirus outbreak which has claimed three lives with 150 positive cases across the country.

In a video shared by Indian news agency ANI, several hundred people can be seen blocking the road outside the Madras High Court despite heavy policing.

Towheed Jamath, the organisation which allegedly conducted bomb blasts in Sri Lanka last April, has been leading the protests against the Citizenship Law (CAA) across Tamil Nadu state.

According to the protesters, they want the Tamil Nadu government to pass a resolution which states that the CAA will not be implemented in the State.

The law, however, sparked violent protests across India for allegedly discriminating against Muslims, who form a 200-million-strong minority in the secular country.

The government of Prime Minister Narendra Modi has said that no Indian citizen would be affected by the law as it “seeks to grant citizenship, not snatch it”.