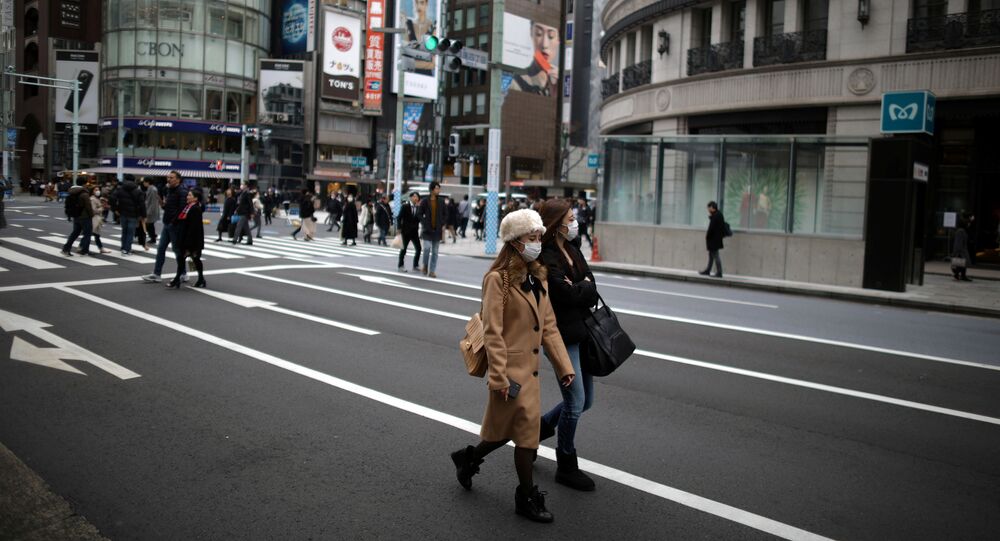 TOKYO (Sputnik) - The Japanese cabinet on Tuesday approved draft legislation on the possibility to declare a state of emergency should the spread of coronavirus in the country worsen, Japanese NHK public broadcaster reported.

According to the broadcaster, the bill introduces amendments to the 2012 legislation on infectious diseases by expanding the Japanese prime minister's power to declare a state of emergency if the novel coronavirus gets to seriously impact the economy and people's lives.

The state of emergency might reportedly include such measures as cancelling schools, mandating self-quarantine, banning mass public gatherings, as well as setting up emergency medical facilities, including in premises without their owners' content.

Speaking about the government's response to coronavirus, Chief Cabinet Secretary Yoshihide Suga said that there was no immediate need to declare an emergency at the moment.

The bill will now be scrutinized at the parliament and, if approved, come into effect on March 13 for the next two years.

© REUTERS / KIM HONG-JI
South Korea Rebukes Japan's Plans to Impose Quarantine Over Coronavirus Outbreak
The number of infected people in Japan is on the rise and currently stands at 514, excluding the 696 people who got the virus while onboard the Diamond Princess cruise ship; 16 people died.

The response measures of the Japanese government include placing all arrivals from mainland China, Hong Kong, Macao and South Korea in a 2-week quarantine with a ban on use of public transportation, suspending all sea arrivals from these locations and limiting air arrivals to the Tokyo Narita and the Osaka Kansai international airports, and cancelling Japanese visas that were issued to nationals of China and South Korea before March 8.